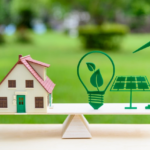 The impact of climate change on roofing in the UK

The world is in the midst of a climate crisis. In November, eleven thousand scientists from 153 countries declared a climate emergency, warning that urgent action was needed across the globe as climate change is currently accelerating faster than anyone expected.

Climate change is no longer the invisible scary monster we know exists but can happily ignore. Over the last few years, countries around the globe, including the UK, have started to see the real-life devastating effects of climate change, from unpredictable weather, flooding, droughts, wildfires and hurricanes.

As more people realise that climate change has the potential to devastate their everyday lives, more and more are waking up to the idea that drastic action needs to be taken. In this article, we are going to take a look at how these changing weather patterns in the UK might affect housing construction, specifically roofing. As the weather becomes more extreme, the way we construct the roofs of our buildings may have to be radically changed to cope.

How Has Climate Change Affected the UK?
In the last couple of decades, the UK has started to experience more extreme weather phenomenon. Back in 2003, the UK and Europe experienced one of the most severe heat waves in recorded history; tens of thousands died, including 2,000 in the UK alone. It was one of the hottest summers in more than 500 years. And just this year, the hottest ever temperature recorded in the UK, 38.7˚C, was confirmed by the Met Office in July. Climate scientists warn that these hot UK summers could become the norm by the 2040s.

As rising temperatures directly affect water vapour concentrations, clouds, precipitation patterns and streamflow patterns, rainfall becomes either too abundant or in short supply, causing both flooding and droughts. In the UK, nine of the nation’s 17 record-breaking rainfall months since 1910 have occurred from the year 2000.

Many UK homes are at risk of flooding, and the number is expected to double to 1.9 million by 2050. Storm Desmond, which devastated parts of Scotland, the Lake District and Northern Ireland in 2015, was concluded by scientists to have been partly caused by climate change. Experts have stated that it is not in the realm of impossibility to one day see temperatures of 40˚C in the UK because of the warming climate. 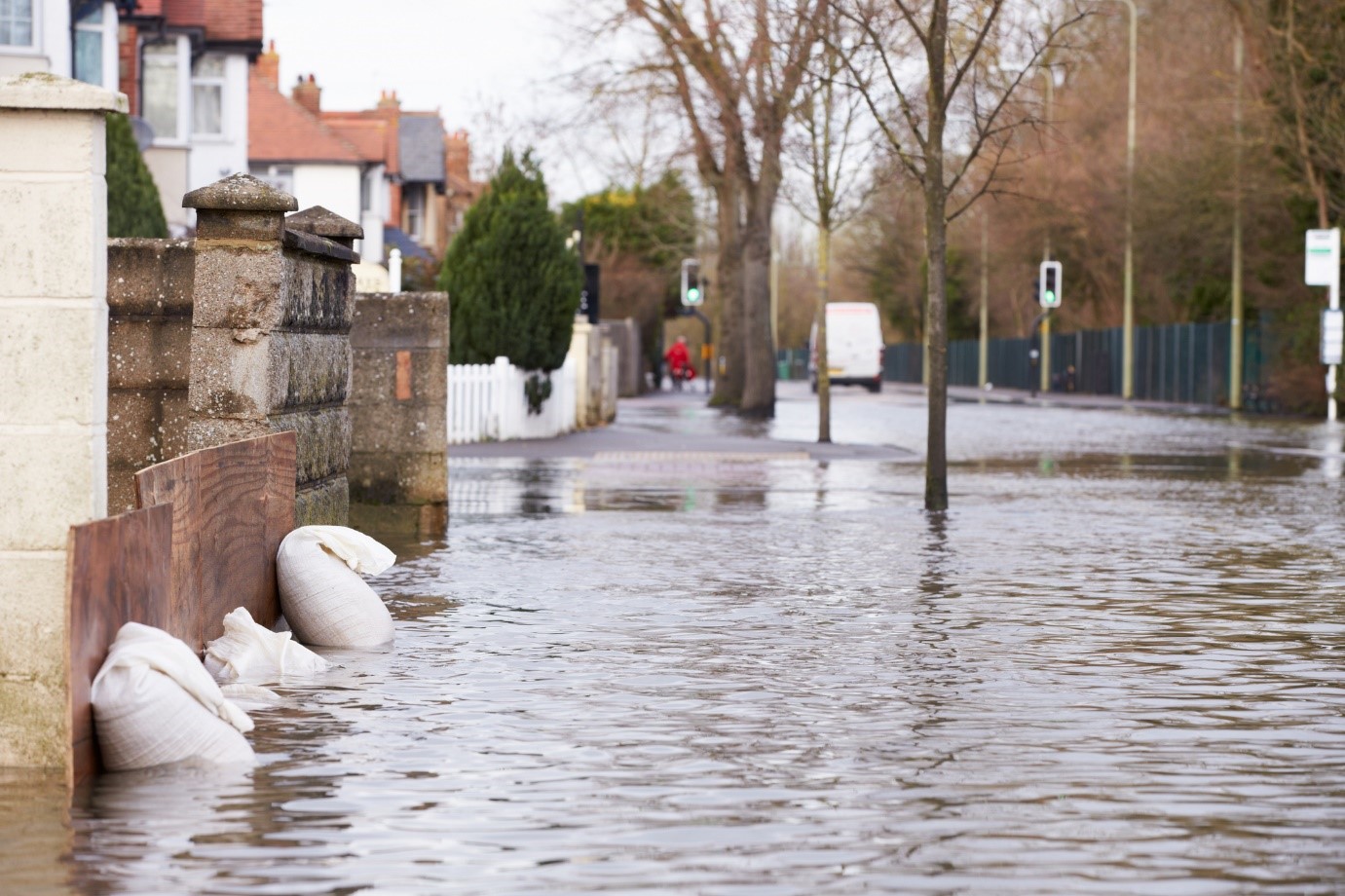 What Does This Mean for the Roofing Industry?
So far, experts do not feel that UK homes are currently prepared for the impact of climate change. The Committee on Climate Change has warned that the efforts to adapt the UK housing stock to the effect of the likes of rising temperatures, flooding and water scarcity are lagging behind what is needed. Their report finds that necessary measures to adapt are not being rolled out fast enough.

Many crucial elements of the way buildings are constructed today are based on historic records of climate data that are several decades out of date. As a result of climate change, we could see an increase in the risk of building collapse, significant loss of value as a result of storms and snow and water encroachment that all reduce a building’s lifespan.

Experts claim that new and existing buildings need to be assessed for their resilience to future climate changes and kept updated accordingly. New builds especially should be foreseeing these eventualities, as it is much easier to build from scratch with a contingency plan for climate change in mind than updating existing buildings retrospectively.

The Cost of Roofing Damage
Climate-change-induced windstorms are expected to increase, causing havoc to a building’s structure, particularly the roof. While floods often get the spotlight as the pivotal climate change hazard, wind damage actually costs more, with smaller-scale incidents occurring more frequently; the damage racks up to about an average cost of £1 billion per year.

As roofs tend to be exposed to the elements, the nature of roof construction will need to change to meet the demands of the changing climate. Wetter weather will not only affect the roof itself but the ability of maintenance crews to make inspections and repairs. Increased rainfall could also accelerate the growth of algae and mould, leading to discolouration and structural problems. People could find the cost of their insurance increasing to cover the costs of extreme weather events.

The changes could see an increasing demand for roofing materials with damage mitigation technology. We are also likely to see a growing demand for enhanced insulation in roofs, so roofing systems are more energy-efficient, and an increase in the construction of solar panels, so roofs are also energy-producing.

What Is Being Done?
The Committee on Climate Change warned in 2016 that the UK is not prepared for the impact of climate change in the coming decades. But, it’s not all doom and gloom; the UK has made strides to reduce its carbon footprint.

Back in May, Britain met its electricity needs without burning coal for an entire two weeks, which is the longest the country has gone coal-free since the 1880s – and quite incredible when you consider that the UK only went its first day without coal two years earlier in 2017. This is a good sign for the outcome of the UK’s goal to eliminate coal from their energy mix by 2025. 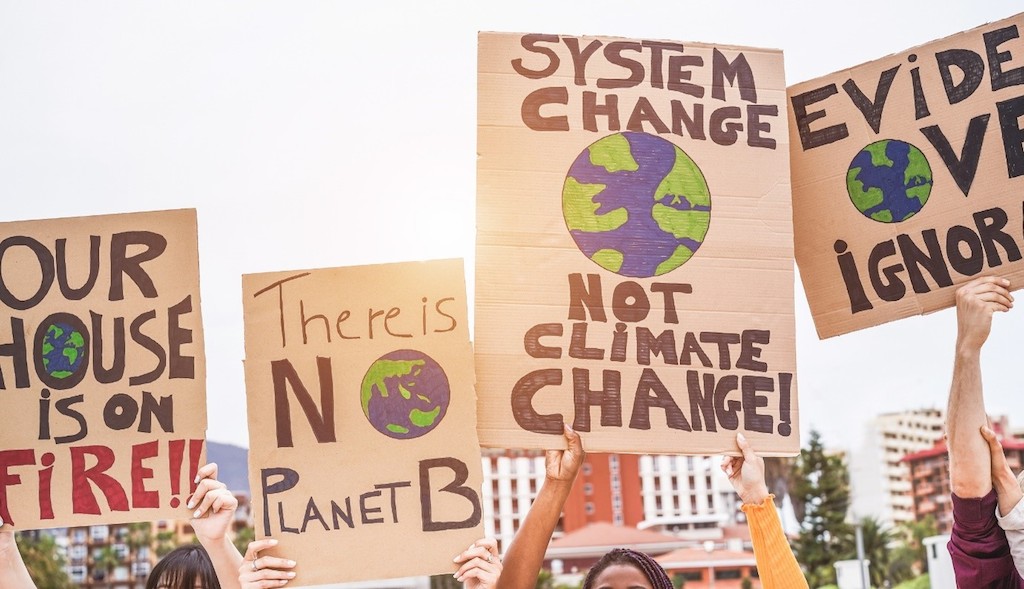 As for roofing, there has been a shift towards the use of green roofs – roofs covered with vegetation that collect rainwater and boost air quality – as there has been a 17% market growth year on year for these kinds of roofs in the UK. The UK Green Building Council has urged that all new buildings and infrastructure should use “nature-based solutions” by 2030 to improve their resilience and make higher environment net gains.

Green roofs are being touted as a good solution to overheating homes, as they can reduce the roof temperature by absorbing heat into their thermal mass. For the management of internal heat, internal roof insulation is useful for preventing heat loss.

In 2015, the Government created the National Infrastructure Commission to produce an in-depth assessment of the UK’s infrastructure needs with a 30-year time horizon – identifying climate change as a key driver. They aim to foster long-term and sustainable economic growth across all regions of the UK, improve the UK’s international competitiveness and improve the quality of life for those living in the UK. But only time will tell if it’s enough to prevent climate change from causing a full-scale national infrastructure crisis in the future.

This article was written by Stephen Horin from Bushury Cladding. Bushbury Cladding is a roofing sheet and wall cladding supplier based in Wolverhampton.