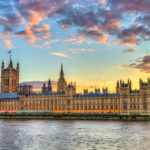 PHPD collects reactions from across the housing industry to today’s general election result, which saw Boris Johnson’s Conservatives achieve a majority. This post may be expanded as more reactions to this result come in.

Now is the time to get Britain building, says FMB
Brian Berry, Chief Executive of the FMB, said: “The new Conservative Government has a golden opportunity to sort out Brexit and set out its new vision for the UK. Building the homes and infrastructure that this country needs has to be a key priority to help drive the economy forward. The Government needs to back the nation’s army of small builders, by delivering on the promised £3bn National Skills Fund, investing in quality through a licensing scheme for the whole UK construction industry, and supporting local builders to retrofit the millions of homes that need to be upgraded to low carbon.”

Mark Robinson Scape Group chief executive: Voters have given a clear signal
“Boris Johnson has been given the seats to deliver on key election pledges and MPs must hold him to account on delivering these – the £100 billion of additional funding for infrastructure needs to be mapped out based on priorities and deliverability. Availability of labour is a crucial issue that needs to be addressed if we are to deliver on the big ticket pledges we heard on the campaign trail. The Conservatives’ pledge to invest £3 billion in a National Skills Fund to reverse the decline in entry level apprenticeships in the sector is a welcome proposition, but I am concerned about how quickly we will see the benefit with boots on the ground.”

SevenCapital Group comments on certainty
Damien Siviter, Group Managing Director, SevenCapital: “For the property market, this is good news. The uncertainty over the past few years as we remained in this limbo of ‘are we, aren’t we going to leave’ has had a knock-on effect, hindering some projects which in a normal situation would have gone ahead with little issue and causing hesitation from investors.”

Simply Business: “We urge Boris to make small businesses a priority”
“SMEs are the backbone of our economy, accounting for 99% of all British business, and contributing a combined £2tn in annual turnover. However, too often they’re resigned to being little more than an afterthought for government.

“It is absolutely vital that small business owners and self-employed people are not left behind in this new era of leadership. We urge Boris Johnson and his party to make small businesses a priority and to support the nation’s self-employed workforce.”

National Federation of Builders: “A victory for certainty”
Richard Beresford, chief executive of the NFB, said: “We are well overdue a period of certainty and stability so businesses can thrive. The date of 31 January 2020 is not far away and the Government must redouble its efforts to make sure all industries and businesses are fully represented in planning for either a transition period or no deal.

“The Brexit deadlock has negatively impacted the productivity of construction and housebuilding but our members will be breathing a sigh of relief that a direction of travel can now be set. With so many commitments to small business, housing and the climate, we look forward to supporting Prime Minister Johnson to deliver his manifesto and ambitions.”

Aster Group urgest new government to ‘think carefully’
Bjorn Howard, Group CEO of Aster Group: “The sector will be glad that the election result removes at least some of the prevailing uncertainty currently enveloping the country, even if Brexit is set to dominate 2020.

“I now urge the government to think carefully before making wholesale changes to how shared ownership works. As interest in it continues to increase, we must ensure that attempts to ‘simplify’ the model don’t cause it to stray too far from its core function – to offer an alternative route onto the housing ladder and provide security of tenure.”

Spicerhaart Corporate Sales
Dave Miller from Spicerhaart Corporate Sales says: “The government now has a clear mandate to end the chaos and uncertainty that has reigned in the three-and-a-half years since the Brexit referendum. With that we will see consumer and investor confidence returning to the economy, as the immediate rise in sterling shows. People and businesses who have been putting off big financial decisions – such as property transactions – now have a clearer picture of what lies ahead and that will help kickstart the market.”

John Phillips at Just Mortgages:
“The government has a majority now not just to ‘get Brexit done’, as we’ve been hearing during the election, but to get on with some of the other issues that have been holding the country back.

“There’s been plenty of talk from Boris’s camp – going back to his leadership campaign earlier in the year – about reforming the planning system, getting more houses built and lowering the burden of stamp duty on the higher-value end of the market. He now needs to make good on that talk.”

0 0 0 0
Previous : Cut the VAT to unleash green housing revolution, party leaders urged
Next : The impact of climate change on roofing in the UK