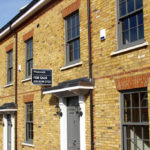 Bricks are the main building fabric used in the UK – but the market and the mix of different products is changing. Jason Hughes, Managing Director of specialist brick manufacturer, Imperial Bricks, looks at recent trends.

Bricks are still the most common component in construction – and for good reason. Durable, weatherproof and secure, bricks are being used to achieve traditional and contemporary effects. There’s a huge variety of colour, size and finish available, and they’re producing stunning results in many projects around the UK. Architects, housebuilders and developers are using colour, texture and detailing to add interest to their buildings.

Each area has its own distinctive brick. Colour is a good indicator of location – a London Yellow Stock would look out of place in the Midlands where the standard is a warm red, oranges and plums and further north bricks can be grey, blue or red. Imperial Bricks has recently been advertising its ‘50 shades of clay’, but that’s understating what’s actually on offer – we now have around 70 different varieties to choose from.

For example, the majority of projects we supply use one or two sizes, colours, or textures to complete the work and bricks are chosen to help the development blend with its surroundings. But we’re also increasingly seeing upmarket developers and smaller, niche housebuilders using bricks to make a statement, distinguishing their projects from major developments. They are mixing colours – often in patterns which echo earlier fashions – and using different sizes to create a dramatic effect.

Architect Richard Lomas of Lomas + Mitchell, Chesterfield, has noticed the trend: “There’s definitely a resurgence in bricks. We’re seeing them used imaginatively in all kinds of modern and traditional features, such as in open jointed panels or laid proud of the wall for decorative effect. The selection of colour has greatly increased too – we’ve just completed a project using black bricks!” 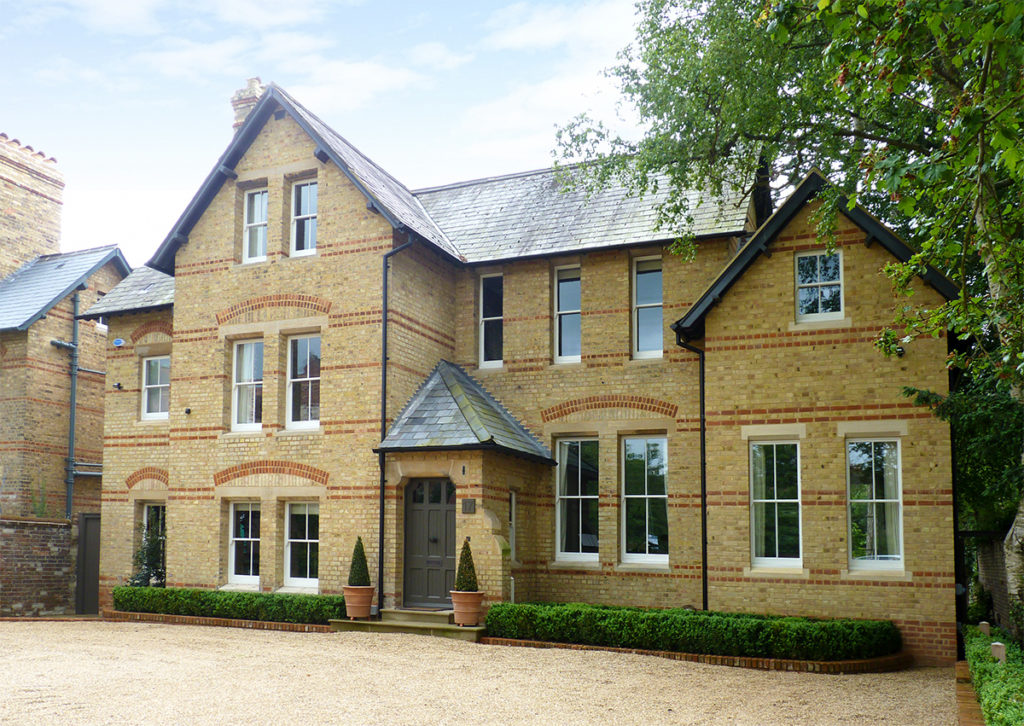 Bricks as decoration
Langton Priory is a residential development in Guildford which has seen a late 18th century priory converted into up-market apartments. The development also includes a stylish new build which complements the original building. It’s located in a conservation area, so the new building had to blend in with its historic surroundings. Developers Newcourt Residential chose a bespoke blend of imperial-sized Urban Weathered and Farmhouse Orange bricks and used them in a standard stretcher bond which formed random patterns, echoing the existing building and adding instant character to the new.

In contrast to Langton Priory, developers extending a house in Oxford have used Cambridge Buff bricks with bands of Regency Orange to re-create the decorative banded detail of the original Victorian house. It’s a more defined, formal pattern than the random blended brick effect used at Langton. The extension is indistinguishable from the original house and blends with neighbouring properties.

Metric handmade bricks in traditional finishes and colours are also becoming more popular. This makes the build easier – metric bricks fit easily with modern blocks and lintels – while still allowing the builder the option of blending in to the surroundings, adding kerb appeal or standing out to make a statement.

Linear bricks
As well as traditional patterns and finishes, we’ve seen a trend for creative use of size and shape to achieve eye-catching results. Linear bricks, for example, are very much in demand, a modern take on what was originally a brick size dating back to Roman times.

Handmade linear bricks are being used in Stephenson Studio’s project to transform the Hallé Orchestra’s rehearsal, performance and education facility in a Grade II listed former church. The new building is uncompromisingly modern, but it complements the Victorian church and other historic buildings in the area. Brick slips inside and out
Bricks are increasingly being married with more modern methods e.g. brick slip cladding for new build or re-skinning an existing property. They are also proving to be a popular solution where space and time are at a premium. A recent project in Brixton saw developers Vanquish Iconic use brick slips to renovate and extend an existing building, converting it to luxury apartments. They also used brick tiles inside to create attractive ‘exposed brick’ feature walls.

New handmade bricks and brick slips were used in an award-winning development at Moonlight Drive, Forest Hill, London – a scheme which perfectly illustrates the versatility of bricks. The project used a custom blend of Reclamation Yellow Stock and Yellow Stock brick to add character to the development’s exterior, finished with a decorative arch and band detail in 2½” Georgian, and utilising brick slips inside to. give the interior spaces a contemporary urban twist.

Sourcing bricks
In the past 2-3 years Imperial’s range has grown to 70+ different products (mainly handmade, wirecut and pressed bricks), in response to demand for more choice and diversity. But it’s important to know that the bricks you buy are high quality and are from ethical, responsible, reliable suppliers.

Imperial’s bricks are CE marked and tested to ensure they meet or exceed EU and UK standards. We’ve always adhered to strict ethical manufacturing processes and all our established factories and trading partners are SEDEX-audited. We also stipulate that our partner factories meet the employment guidelines specified in the Ethical Trade Initiative Base Code.