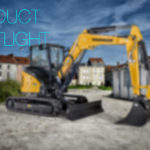 Investing in an excavator is a huge outlay for a small building company, but choosing the right machine for your needs can help you maximise productivity and change the way you build.

We have rounded up the latest excavators for you to compare the benefits and advantages across the range of sizes and weights.

At the smallest end of the scale are mini-excavators such as Komatsu’s PC24MR-5. This 2-tonne machine is precisely the kind of machine you need to work alongside existing structures. Tiny in comparison to some of the other excavators out there, machines in this class still pack a punch.

Whilst the buckets might not be huge, the digging depth of the Komatsu is an impressive 2360mm and the reach is 4300mm. Machines of this weight class can be towed safely and legally under a standard driver’s licence, which will be a major benefit to SME builders. 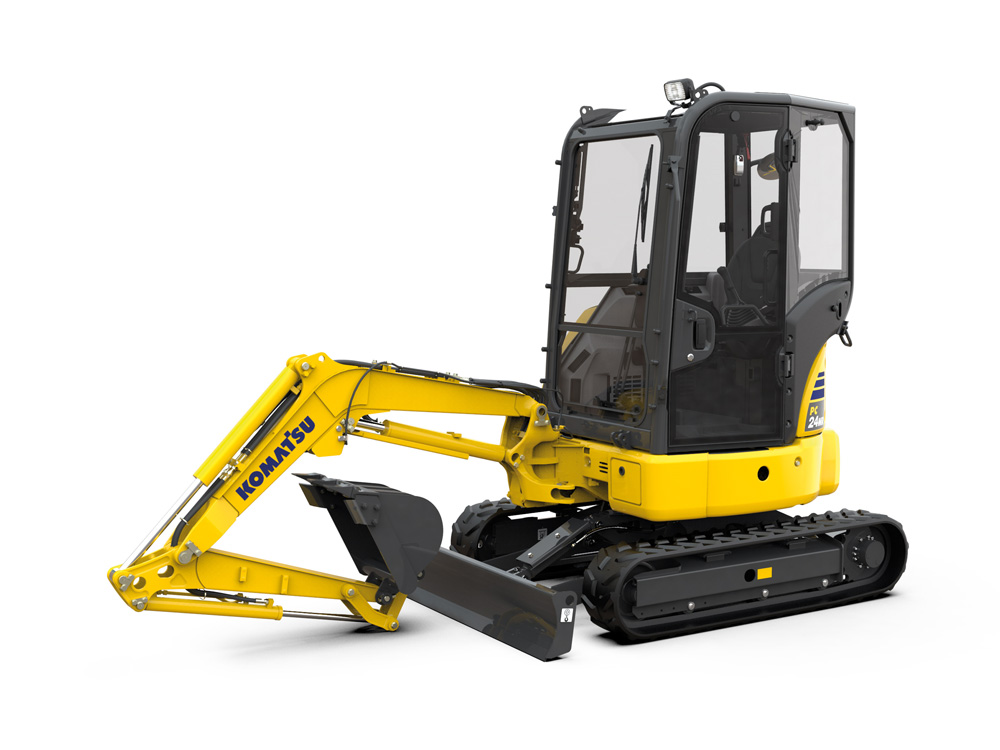 The past two years has seen the introduction to the market for the first time of all-electric excavator options that no longer need to be plugged in while they work or rely on hybrid solutions. JCB led the way with its 19C-1E machine. This is a 1.9 tonne excavator powered solely by four lithium-ion batteries. This amounts to 20kWh of energy storage, or enough for a “full working shift” in JCB’s words and the batteries can be fully charged in as little as 2.5 hours.

The main advantages of a machine such as this, and other manufacturers have begun to bring out similar models, are the lack of pollution and the lack of noise. Good for the environment certainly, but it is the ability to work freely indoors and to work without causing too much noise disturbance to neighbours that will be turning heads. 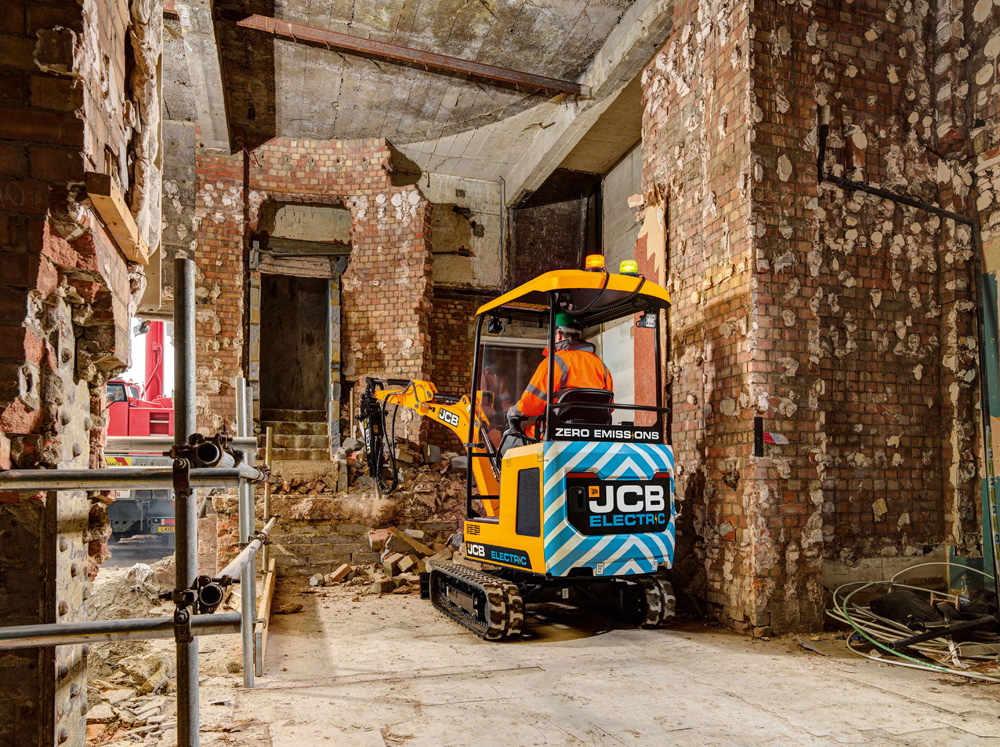 Another much vaunted feature that has popped up in recent years is “zero tail swing”, meaning that the back end of the excavator doesn’t extend beyond the tracks. This enables the operator to swing around freely in the knowledge that the tail won’t swing out further than the machine already was.

The feature works best on smaller machines, such as the 5-tonne ViO50-6B, designed by the originators of the feature, Yanmar. On these machines it doesn’t have to compromise too much. Plus these are the machines more likely to benefit from a reduced footprint, being more adapted to smaller sites or sites with a lot of activity and thus a heightened risk of knocking into someone walking behind. 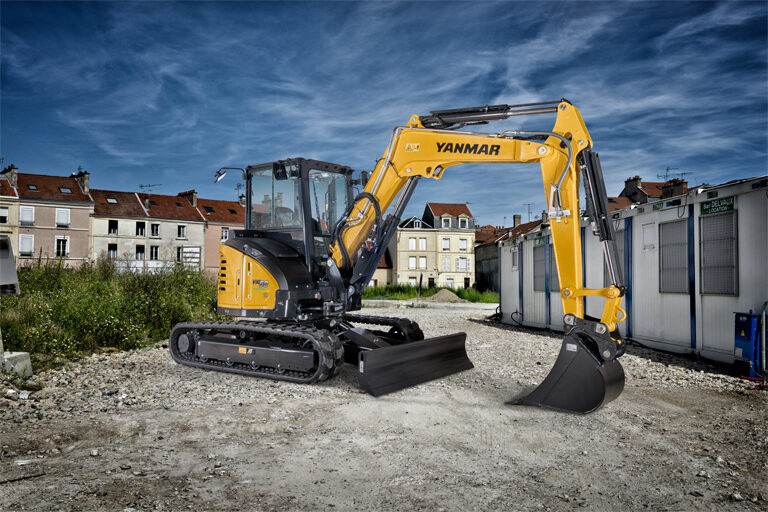 Machines this size are a nice balance between size and power for many companies. They can easily turn their hand to a range of tasks. Handily, excavators up to the 10 tonne category feature rubber tracks, meaning they can be driven safely over newly tarmacked roads. 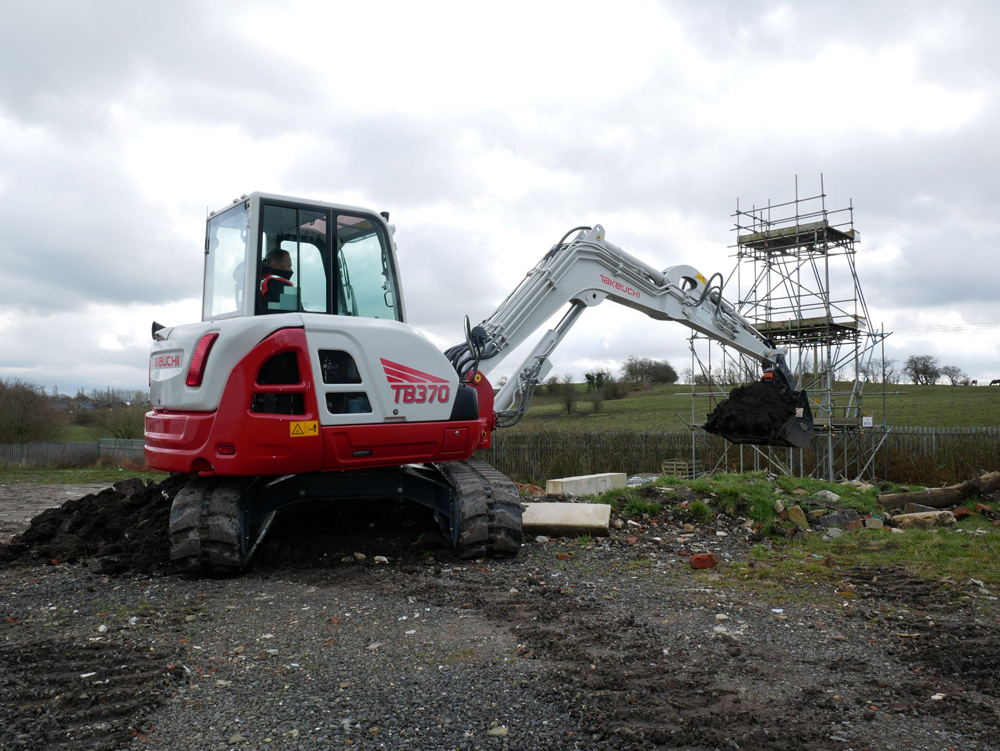 Moving into the midi range and the emphasis starts to shift away from manoeuvrability and compactness and towards power, dig depth and durability. Mecalac’s 15MC tracked crawler-excavator features an eco and a power mode, allowing users to choose the most appropriate setting.

Moving up to this weight class, the higher cab and heavier weight result in a more comfortable experience. The machine feels sturdier and movements in the arm don’t affect the cab so much. These are the machines that are suitable for open areas and for digging that is substantial, but might also require some finesse. 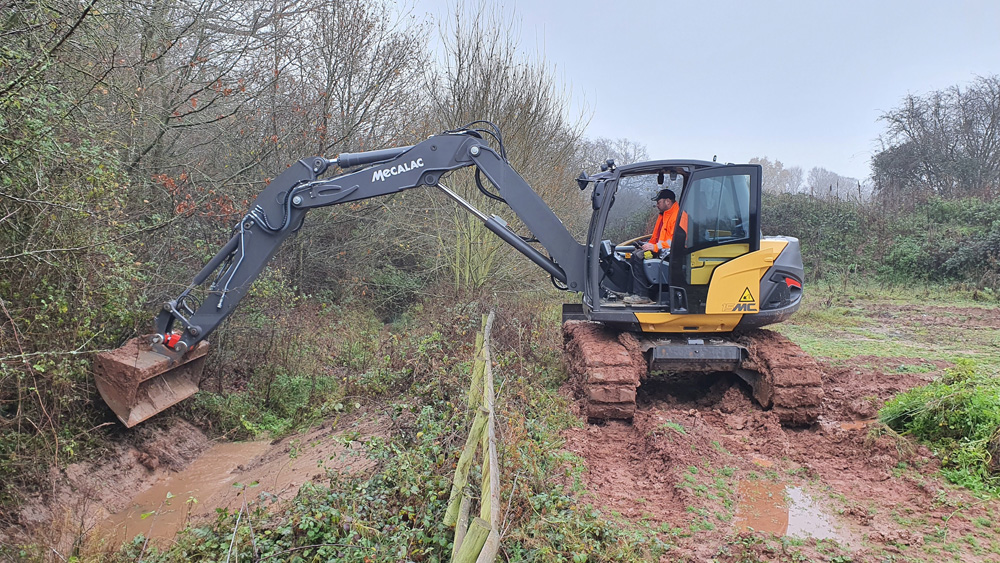 Excavators above 20 tonnes are all about power and digging capacity. A 22 tonne machine such as Doosan’s DX225LC-5, for example, has a digging force of 15.2 tonnes and a digging depth of 6 metres. Machines this size and up are ideal for heavy duty digging and large scale earth moving.

They’re more complicated to transport between sites and heavy drinkers of diesel. Plus they’re not safe to use in close proximity to existing structures or busy worksites.

They are true workhorses, however, and can make quick work of immense amounts of earth moving. They handle a range of attachments too, and can lift heavy objects with ease. Of course, their large size means you’re far more likely to hire in a machine like this than buy one. 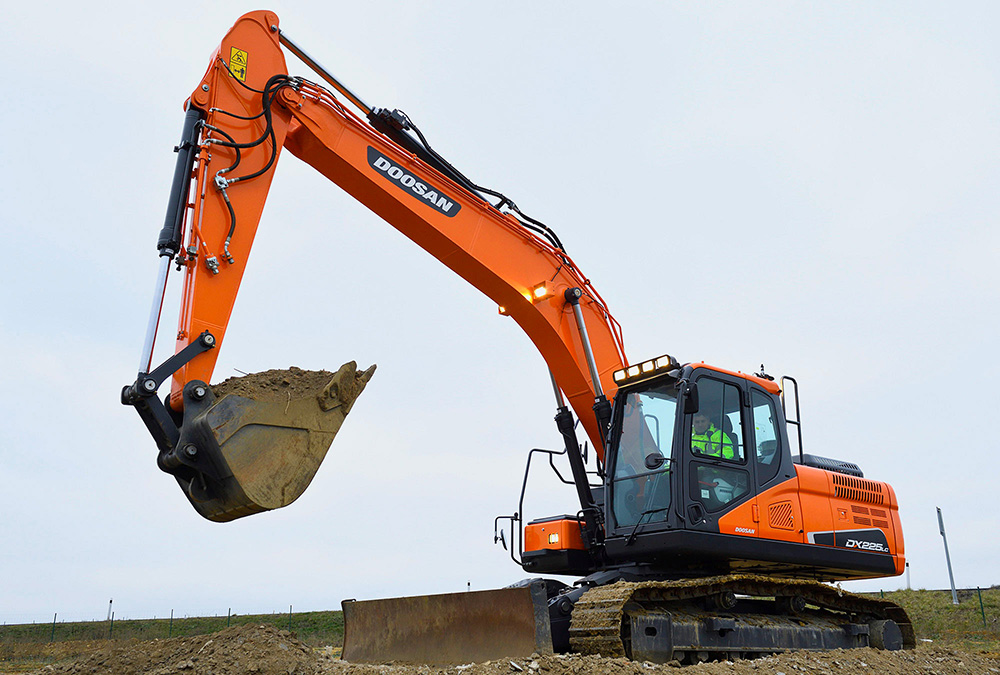