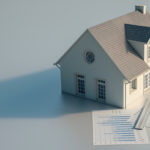 Royal Town Planning Institute (RTPI) Northern Ireland has welcomed the formation of a new power-sharing government at Stormont, which met for the first time on Monday 13 January 2020.

RTPI Northern Ireland said that it stands ready to support the newly-formed Assembly, and stressed that planning will have a central role to play in achieving the Assembly’s goals of transforming health services, investing for the future, fighting climate change and delivering a fair and compassionate society.

In a document published this week entitled Planning for the Future of Northern Ireland, RTPI NI has made five specific ‘asks’ of the newly-formed Assembly

· To increase confidence in the planning system
· To ensure the provision of a quality home for everyone in Northern Ireland that needs one
· To coordinate policy by focusing on people and places
· To Integrate infrastructure, development and environment
· To promote a growing, sustainable economy

Roisin Willmott, Director of RTPI NI, said: “Planning deserves more political support – only then will planners in both the public and private sectors, as well as politicians, local communities and investors, be able to deliver a sustainable, competitive and healthy Northern Ireland.

“We look forward to working with the Assembly and the new Minister for Infrastructure Nichola Mallon over the coming months to ensure that the important role planning has to play in improving the quality of life of people and places is recognised and supported.”

Download Planning for the Future of Northern Ireland here

0 0 0 0
Previous : Hill and Goram Homes to create £55m waterside destination in the heart of Bristol
Next : Industry Comment | Predictions for the UK property market in 2020