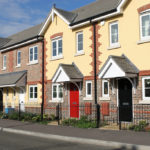 New housing developments are being built in areas where residents will be forced to rely on cars instead of public transport, according to new research from the RTPI.

In its third Location of Development report, the RTPI analysed data provided by the National Audit Office (NAO) and LandTech. It found that access to amenities from developments approved between 2015 – 2019 are heavily reliant on cars with public transport taking considerably longer.

Sam Spencer, Policy and Data Analyst at the RTPI, said: “Much has been said about building greener homes and even the environmental impact of new construction projects.

“However, our new analysis shows that the location of developments in relation to key amenities is a factor that is often overlooked. This is particularly an issue in the regions outside of London where long travel times by public transport mean it is far more convenient to travel by car.

“In order to build greener communities and to deliver on the government’s levelling up agenda, the government should strongly support developments that promote easy access by methods other than car travel.”

Jonny Britton, Founder of LandTech, said: “One of the factors clearly highlighted by the findings of the report is the need not just to build more homes, but to build the right homes, in the right places, with the infrastructure and support needed to create thriving and sustainable communities.

“Analysing a broader set of data that looks beyond the immediate confines of a specific development site, particularly sustainable access to infrastructure, is crucial to shifting the way we think about development to focus more on placemaking and the bigger picture.

“Given the rate of new development that the Government is hoping to achieve in coming years and the ambitious sustainability targets in the levelling up agenda, the need to ensure we are creating greener communities has never been more urgent.”