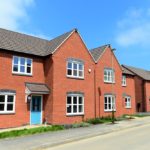 Bellway has reported rising demand for homes in the East Midlands as the region was named as one of the company’s key growth areas.

Announcing its half-year results at the end of March, Bellway revealed its East Midlands division sold more than 350 homes between August 2018 and the end of January.

Sales Director Carolyne Watkinson said: “The housing market in the East Midlands remains strong and this has been reflected in our growth to date. House prices remain at affordable levels and the region benefits from excellent transport links, good schools and an increasing range of job opportunities fuelled by increased investment in the region.”

She continued: “We choose our locations carefully and design developments which closely match the demands of the local market. We are increasingly finding that home-hunters are actively seeking out new homes as a low-maintenance option which is more affordable thanks to Help to Buy.”

Bellway was recently announced as a HBF Five Star Builder, which demonstrates that more than 90 per cent of its customers would recommend the builder.

Bellway East Midlands, which is based at Leicester’s Meridian Business Park, is currently selling homes across Leicestershire, Derbyshire, Nottinghamshire, Staffordshire and Warwickshire.