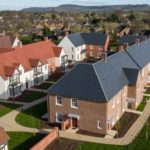 Developments #18 | Updates on projects across the UK 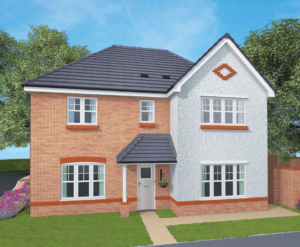 Work is starting on two new North Wales housing developments, just miles from one another, by Macbryde Homes. When fully developed Cysgod Y Graig in Dyserth will be comprised of 61 homes ranging from two- to four-bedrooms all at two-storeys high. Six of the properties will be affordable housing. In Rhuddlan, meanwhile, at Parc Tirionfa, there will be 48 new homes, five of which will be affordable , also ranging between two- and four-bedrooms.

Gwyn Jones, Managing Director at Macbryde Homes, commented: “The fact that both sites had already been earmarked for residential development, suggests that an acknowledgement existed of the need for quality, affordable family housing in the area. However, what is planned for and strategized is only really meaningful when that translates through in to action. That has most certainly been the case in these two examples.

Sales at both sites are due to launch later this summer. Find out more… 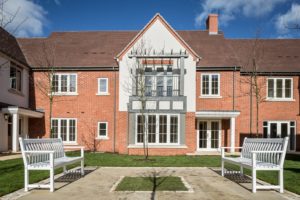 Seddon | Gifford Lea, Cheshire
Delivered by the North West-based contractor Seddon, construction work has recently completed on phase two of Inspired Villages, Gifford Lea development. With a build budget of £50million, the retirement village aims to provide a total of 162 properties for over 65’s in Tattenhall.

Situated just eight miles outside of Chester city centre, the second phase of development brings a further 56 new homes to the market. Phase one of the scheme created 48 apartments in 2016, with a third stage expected to commence in Q3 2019.

Ed Wootton, Regional Director at Seddon, said: “Following an extremely successful initial phase, we’re thrilled to have delivered another 56 new homes for the growing over-65 population in Cheshire.” Find out more…

Urban Union | Pennywell Living
Work has begun on the latest phase of regeneration in Pennywell where a partnership between the City of Edinburgh Council and Urban Union will see over 750 new homes delivered.

Set to complete in 2021, Pennywell Phase 3 is part of a wider housing regeneration project in the area being delivered through a partnership with the City of Edinburgh Council and Urban Union which will see the delivery of over 750 new homes of which half will be affordable. The Pennywell Living development is the result of a major investment of £42 million by the City of Edinburgh Council and includes £7.9 million grant funding from the Scottish Government.

In Phase 3, a total of 315 new homes will be built by award-winning firm Urban Union in partnership with Robertson Partnership Homes, 181 for the City of Edinburgh Council and 134 for private sale. There will be a variety of different house types suited to a wide range of different lifestyles and budgets, from first time buyers to growing families. Find out more… 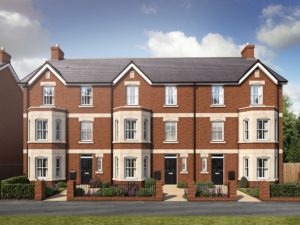 Storey Homes | De Monfort Place, Bedford
Work has started on the third and final phase of Storey Homes’ De Montfort Place development in Bedford. It will comprise a range of properties including two- and three-bedroom luxury apartments and three- and five-bedroom family homes.

Katy Jordan, Managing Director of Storey Homes, commented: “After the fantastic success of the previous two phases, where only a handful of homes remain, we are delighted to break ground on site for the final phase at De Montfort Place. We anticipate these final homes will get snapped up quickly, due to the fantastic commuter links and location and urge potential purchasers to get in contact as soon as possible.”

The new homes will be available next year. Find out more…

Lendlease | Potato Wharf, Manchester
Lendlease has announced that work is set to begin on 191 new apartments in Manchester’s Castlefield area. The final phase of the canal-side development is close to the shops and restaurants of Spinningfields. Justin Davies, Head of Residential for Lendlease, Europe, said: “Potato Wharf is a fantastic place to live and we are very proud to be part of the community. Given the popularity of the first phase of the development I am confident that our new homes will also be very well received.”

The first new properties are expected to be available for residents to move into by late 2021. 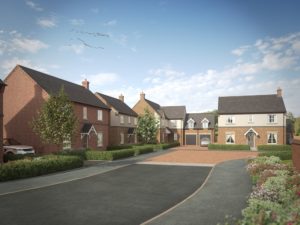 Walton Homes | Ferrers Chase, Derbyshire
Work is well underway at Walton Homes’ latest development in the Derbyshire countryside, with 26 new homes set to be launched this summer. The developer acquired the two-acre plot of land in the picturesque village of Linton Heath, near Swadlincote, in 2018, and began work on the collection of properties at the beginning of this year.

Amy Summerton, Director for the family-owned house-builder, said: “We are expecting high levels of interest in this development on account of its semi-rural location. Situated on the outskirts of the National Forest’s Foxley Wood, this collection of three- and four-bedroom homes will be surrounded by 29 hectares of beautiful woodland.”

Walton Homes has named the development Ferrers Chase and aims to unveil the showhouse at the site this month. Find out more… 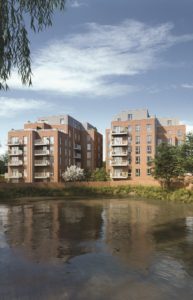 Emma Hamlett, Sales Director for Bellway London, said: “The new apartments at Battalion Court have been generating interest since details were first announced, and it’s no surprise that the launch of the first plots for sale has sparked a new flurry of enquiries here.”

The first homes at Battalion Court, which will be part of two separate six-storey apartment blocks, are due to be ready for their new owners to move into towards the end of the year. Find out more…