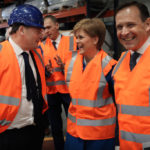 The opening follows the completion of a £37 million project to redevelop Superglass’s production facility, protecting 180 jobs at the site and cementing the company’s place as a leader in Scotland’s manufacturing sector.

On the visit, the First Minister toured the new facility, seeing how the newly installed 187-tonne furnace and curing oven, cooling, cutting and milling equipment has facilitated a doubling of the site’s production capacity. She also addressed staff and declared the new factory open.

The multi-million-pound investment is one of the largest in Scottish engineering and manufacturing in recent years and was supported with £477,000 of Scottish Enterprise grant funding.

Redevelopment of the Superglass factory is a commitment from the company to maintaining its Scottish base, from which it will now produce around 60,000 tonnes of environmentally sustainable glass wool insulation annually.

The significant engineering and building works within Superglass’ existing site were carried out while the original production area continued to operate. During the construction process, Superglass reported its return to trading profit a year ahead of forecast with revenue growing from £23.6m in 2017 to £32.9m in 2018, a 39% increase. 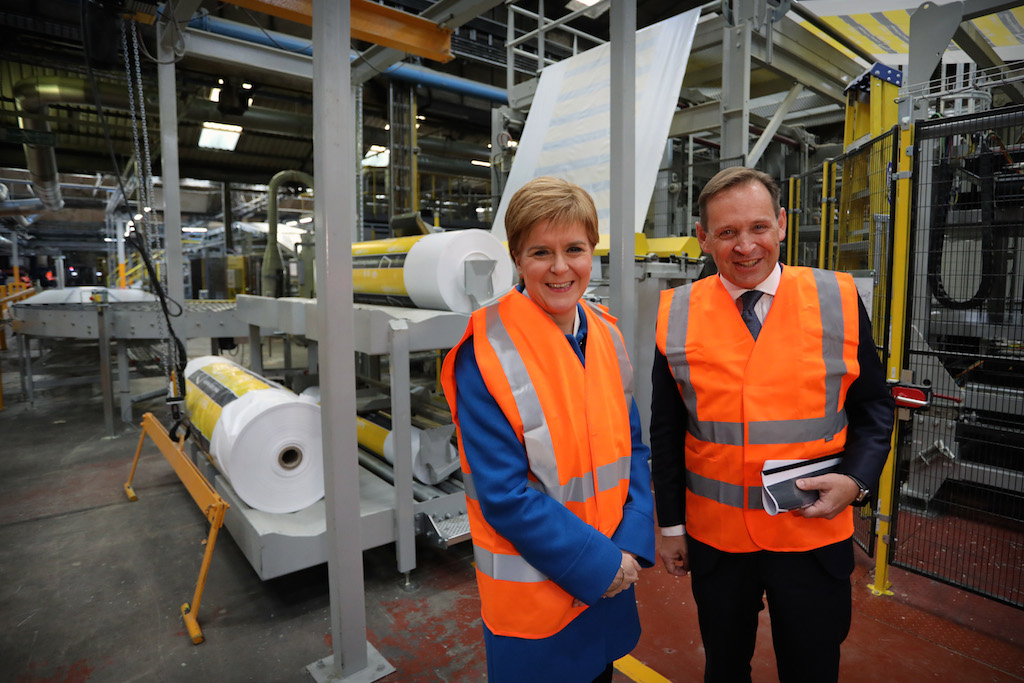 Ken Munro, CEO of Superglass and its parent company, TECHNONICOL International for Western Europe & North America, said: “We are following through on our commitment to expand our manufacturing operations in Stirling, and the tens of millions we’ve invested is a real vote of confidence in both our industry and in the wider Scottish manufacturing sector.

“It’s an honour to welcome the First Minister to the factory to officially open the new, state-of-the-art production facility.”

First Minister Nicola Sturgeon said: “This new facility is testimony to the commitment by Superglass to Stirling and Scotland, not only creating new jobs, but securing the future of the site and its talented workforce.

“This plant is an example of the skilled, low carbon industry which is so crucial to Scotland’s future, and I am pleased that it has been supported by Scottish Enterprise.”

Glass wool insulation produced by Superglass is made from up to 84% recycled glass and is estimated to save around 300 times the amount of energy used to manufacture it.

0 0 0 0
Previous : Elmhurst Energy on the Future Home Standard
Next : Click Properties: There’s never been a better time to invest in Slough