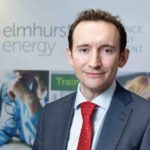 The Government’s consultation on the Future Home Standard will move our homes towards being more energy efficient. Stuart Fairlie, Technical Director at Elmhurst Energy, sheds more light on the details.

The UK target to reduce greenhouse gas emissions to net zero by 2050 is an ambitious one – and one in which housing will play a large part. With homes, both new and existing, accounting for 20% of emissions, the Government has committed to introducing the Future Homes Standard by 2025. This standard will require new build homes to be future-proofed with low carbon heating and world-leading levels of energy efficiency. The Government expects that a home built to the new standard will have 75 to 80% less carbon emissions than one built to the current Part L (2013) standards.

In order to encourage implementation and help the industry deliver the new standards, the Government has now launched a Future Home Standard consultation, which looks, among others, at options to uplift standards in England for Part L of the Building Regulations in 2020 changes to Part F (Ventilation), its associated Approved Document guidance, airtightness and clarifying the role of planning authorities in setting energy efficiency standards. It is expected that the non-domestic standard consultation (Part L2) will be released in the near future, alongside some additional details for changing the standards for building work in existing homes and non-domestic buildings.

Two options
The consultation will look at two options to uplift Part L standards in terms of carbon emissions: a 20% reduction in carbon emissions, achieved through better fabric only; a 31% reduction in carbon emissions, which could be achieved with carbon saving technology and fabric improvements. Proposed changes to Part F looks at the simplification of determining the ventilation rate and system design required for new build homes, simplifying the structure and guidance relating to Part F and providing information to building owners. Focus is also given to the prevention of overheating in buildings within the consultation documents, with new research papers provided for ‘overheating’ and ‘ventilation and air quality’.

The consultation sets out the Government’s proposal to change transitional arrangements to encourage quicker implementation of the new energy efficiency requirements so builders cannot build to older energy standards for longer than is appropriate. This would mean that builders working on larger developments would not be able to lock in earlier standards for long periods but would instead need to build to the latest standard. The focus would be on compliance by individual dwellings rather than the whole development. This may be fairer to smaller businesses, which tend to work on smaller developments and so would be affected sooner by the changes.

At Elmhurst Energy, we very much welcome the announcement of this vital consultation. It is essential that we move our homes towards higher energy efficiency standards and Part L and F are long overdue an update. There is a lot of detail provided within the consultation and we plan to undertake a full analysis of it, with our findings and observations included. But with this consultation, we are moving in the right direction and, we look forward to the debate that this consultation will no doubt create.