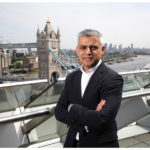 A new group of small sites are set to deliver additional housing for the capital, as part of the Mayor’s ‘Small Sites, Small Builders’ programme.

Brought forward by Transport for London (TfL), the eight sites will each deliver between one and 30 homes, up to 90 in total. The eight sites are in Richmond, Ealing, Newham, Bexley, Hounslow, Lambeth and Waltham Forest. These sites will contribute towards the Mayor’s target for 50 per cent affordable housing across the portfolio of sites TfL use for housing.

At Arbuthnot Lane, Bexley, 100 per cent will be affordable, with 50 per cent affordable at Newham Way (Newham), Atkins Road (Lambeth) and a car park in North Ealing. The remaining four sites will deliver between one and nine homes, with affordable housing requirements that will follow the local council’s policy for sites with fewer than 10 homes.

James Murray, Deputy Mayor for Housing & Residential Development said: “When we launched it last year, the Mayor’s ‘Small Sites, Small Builders’ programme proved very popular with small and medium-sized homebuilders, and community-led housing groups. In recent years London has become over-reliant on large developers, and so we are pleased to be able to help more small builders play their part too through this latest batch of TfL sites.”

Graeme Craig, Director of Commercial Development at Transport for London, said: “We’re excited to be working with the Mayor to bring forward even more of our smaller sites, so that they are available to small and medium size developers, housing associations and community-led organisations. As one of the biggest landowners in London, we have a key role to play in unlocking our land to create thousands of new homes for Londoners, while also generating revenue to reinvest into the transport network.”