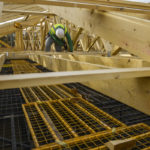 The Rhino Load Deck System is on the charge in its mission to improve onsite safety. PHPD investigates.

There is often a perception in the industry that health and safety, whilst essential, will inevitably impact on productivity. Find a solution that is quick to erect, and will ultimately reduce build times, and that preconceived notion can, however, be quickly dispelled. That’s just what the suppliers of Rhino Deck claim for its load deck system which, in their words, is a product that proves that health and safety can work in your favour.

That is a message that is now resonating with housebuilders, with this load deck fall prevention system established as amongst the most popular on the Actavo portfolio – a position that has enabled the hirer to move from just supply only to the creation of a successful installation division.

“Our installation service is actually a response to industry demand,” explains the company’s Richard Brown. “Our clients wanted to be sure that the deck was erected properly and that’s just the service we can now provide. Not only that but we’ll dismantle it as well, so it’s the complete package – from design, build and carrying it away at the end of the job.” If it proves more cost effective for a firm to install itself then tradespeople who attend a Rhino Deck training course at one of Actavo’s five FASET (Fall Arrest Safety Equipment Training) approved centres around the country, will be rewarded with a blue CSCS skilled worker card. 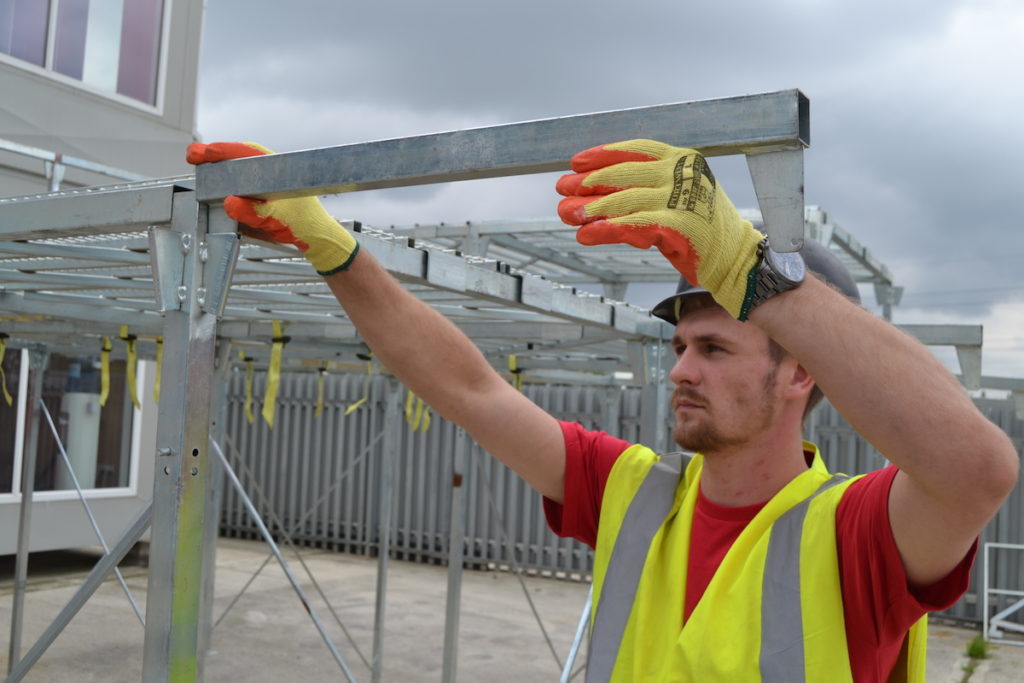 Whilst Actavo recommends that contractors follow one of these two paths the system is available for both general hire and sale, but significant support is still on offer. In this instance, the supplier is able to provide onsite guidance during installation, as well as the likes of Toolbox Talks, in order to ensure they are fully conversant with the concept. “In truth, it’s actually very difficult to put the deck up wrong because if you do, it simply doesn’t go together,” continues Richard, “ultimately, it’s up to the builder themselves within their own risk assessments, to decide what path to go down.”

With lightweight hollow steel components that simply lock into place – without the need for hand tools or fixings – a degree of experience will allow a two man team to install approximately 50 sq.m per hour. In fact, with only six sections per m2, its developers claim it is up to 10 times quicker to erect than traditional scaffolding. Where plastic alternatives need support from the external walls, Rhino Deck offers the flexibility of being completely free standing. Maximum heights of up to 4 metres can be achieved, whilst it is load tested up to 600kg per sq.m up to a 3metre platform height. 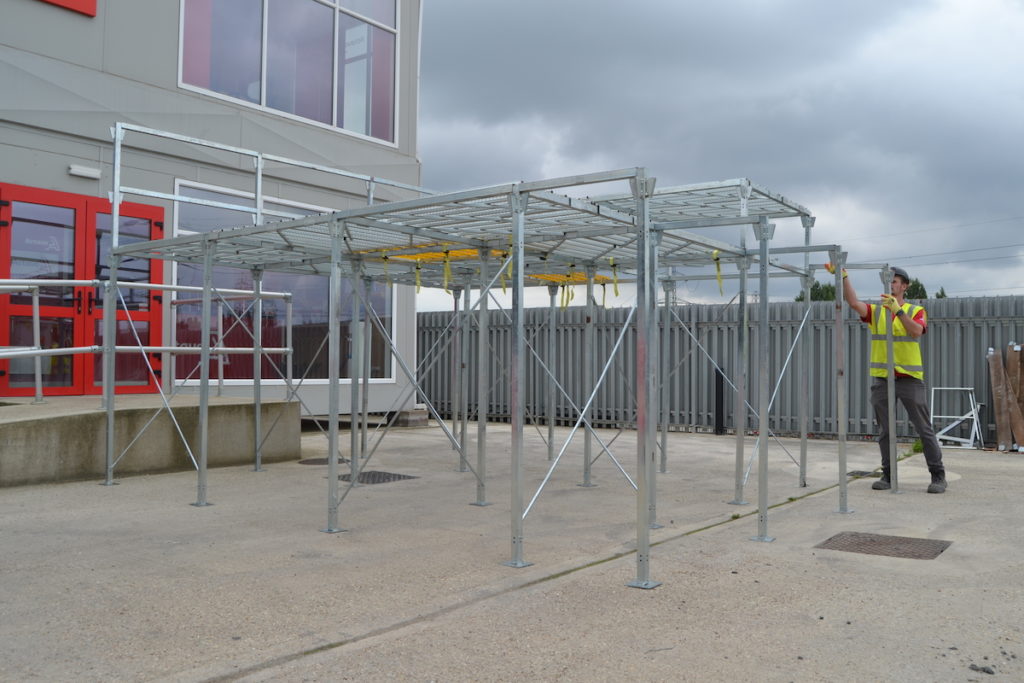 Its steel construction is weather resistant and is robust enough to withstand the rigours of site use, whilst also being easily stored and transported from site to site. In addition, all components are supplied with a corrosion resistant powder coating. Richard adds: “One of the main advantages for housebuilders is accessibility underneath the raised platform. The inherent strength steel affords means that the number of support legs can be kept to a minimum. Indeed, because they can be spaced up to 1,280mm apart, full pallets can be stored below the decks, whilst the feet are adjustable in order to accommodate minor differences in floor height. This is a very versatile health and safety solution, with a modular construction that can achieve complex footprints and accommodate irregular floor plans.”

If you need to add height to a plastic deck then it will invariably need to be removed and rebuilt. With the five different sized legs on the Rhino Deck solution (0.5, 1, 1.5, 1.8, 2m) the deck can be raised in situ. If you have constructed a deck for a bricklayers’ lift at 1.8m, for instance, it’s then possible to add another set of legs and braces to go up to 2.3 or 2.5m for the roof trusses. Moreover, because linear runs can be achieved with, for example, a 1m height and 1m handrail above, this is both a trestle and birdcage system in one, which eliminates the need to specify two separate working at height solutions. 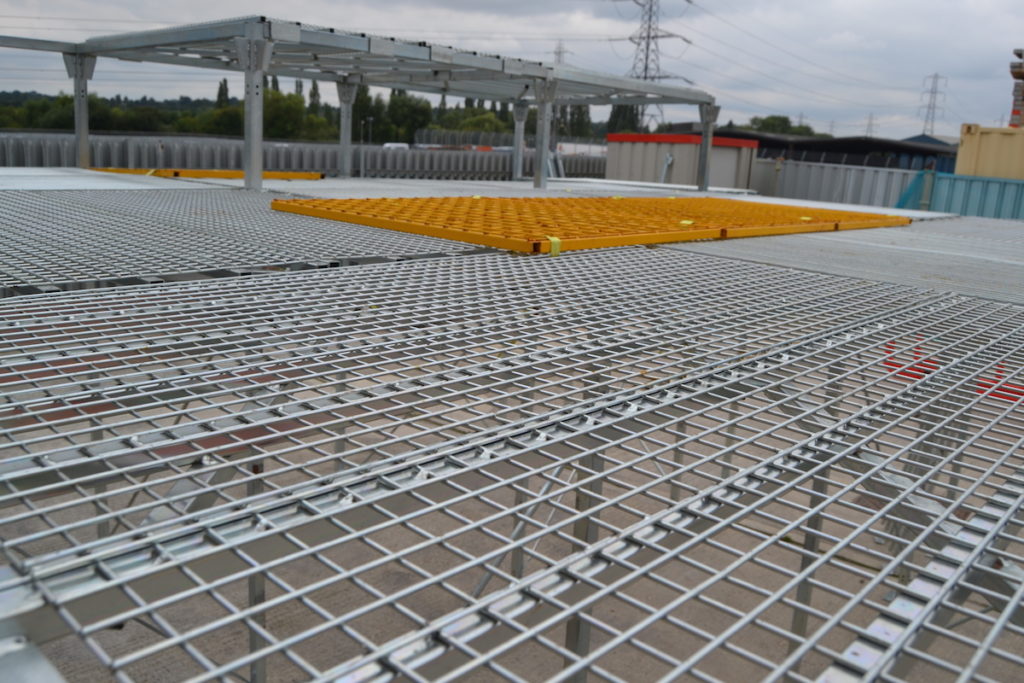 Latest Technology
Rhino Deck is a technology that is already challenging the likes of scaffolding, but it is itself using the latest tech to advance its case still further and move beyond traditional access products. If clients provide an accurate PDF drawing of their project, Actavo can then generate a computer-generated design that will fill that space with a load deck by the most efficient means.

With the demand for new build housing now a pressing social and political issue, the sector is turning to new methods, and a reduction in build schedules is now of the essence. In the Actavo team’s view, that’s why contractors are turning to Rhino Deck. “Speed is certainly a crucial factor in our success, and our system can get in and out so much quicker, or be moved around and modified when on site. We’re not looking to replace scaffolding, because that will still very much be the solution for the externals, but as far as an internal birdcage system is concerned that is certainly a faster and more flexible approach.” 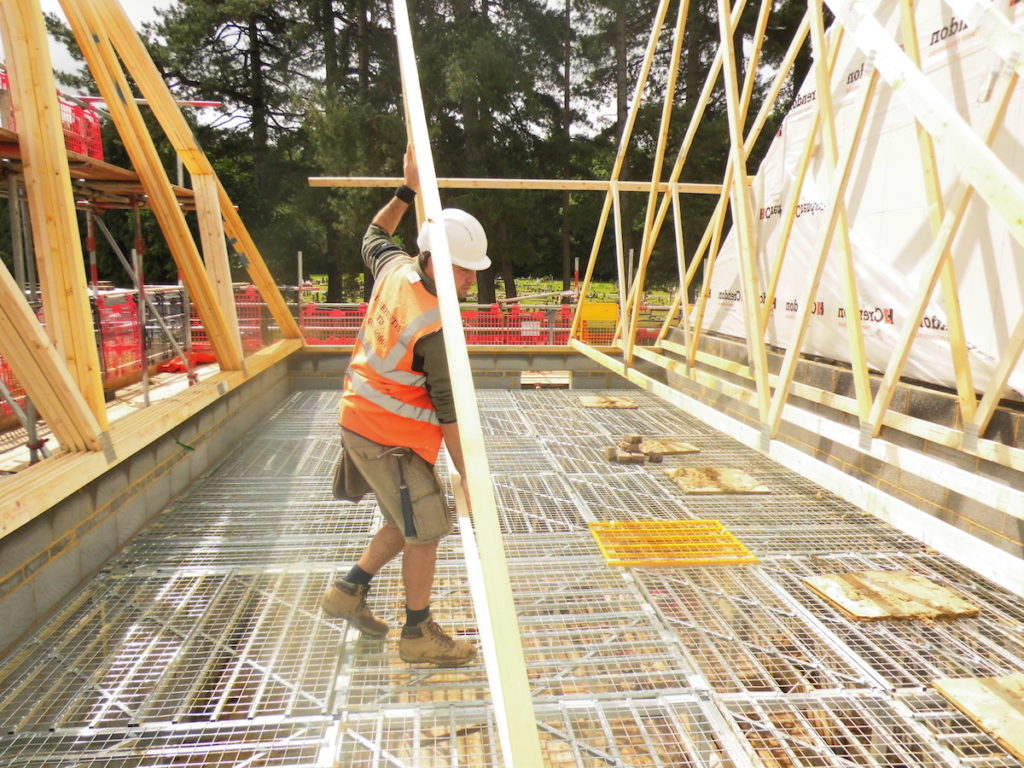