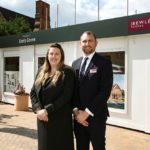 Developments #21 | Updates on projects across the UK

Earl’s Grove was named after the Earl of Surrey, William de Warenne, who founded Reigate Priory in 1235; the grounds of the Grade I-listed building are just a short stroll away from the development.

Bewley Homes’ Sales and Marketing Director Elaine Stratford said: “We’re very proud of the new collection of homes we have created at Earl’s Grove. This is a development which has it all – excellently crafted properties in a sought-after market town location, with fantastic transport links to London and beyond.” Find out more… 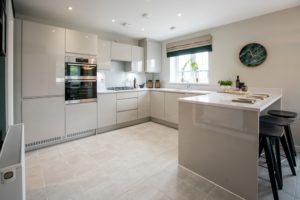 Bellway Kent | Peters Village, Wouldham
New apartment buildings are taking shape at a new homes development at the Peters Village consortium in Wouldham, with the first plots now released for sale. Bellway Kent is building a range of one and two-bedroom apartments at its Buckland Rise scheme, off Worrall Drive. They will stand alongside a choice of three, four and five-bedroom houses which are also available to reserve, with further two-bedroom houses to be released.

Each of the apartments at Buckland Rise feature an open-plan kitchen/living/dining room, with integrated fridge-freezer, dishwasher and washing machine. Selected plots benefit from Juliet balconies.

The four-bedroom Stratford is part of Redrow Home’s Heritage Collection, which combines traditional, 1930s charm combined with a contemporary and high-spec interior. The showhome will be open from 20th July.

The detached Stratford features an en-suite bathroom to the master bedroom, ground floor cloakroom and additional laundry room. Modern appliances have been specified, while open-plan living spaces create a contemporary feel. There is also a kitchen and dining area creating the heart of the home. 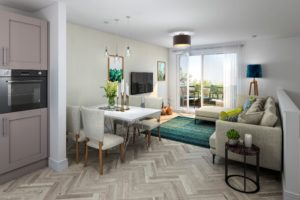 Cala Homes | Waterfront Plaza, Leith
A new residential development in Leith has launched, as part of the redevelopment of the Scottish capital’s waterfront. Located in the historic port of Leith, Waterfront Plaza by CALA Homes (East) features a selection of one-, two- and three-bedroom apartments, ground floor colony apartments and duplex colonies.

Philip Hogg, Sales and Marketing Director at CALA Homes (East), said: “This part of the city has become a very desirable property hotspot so it’s a privilege and responsibility to be delivering new homes here. Leith has great connections to the city centre and an abundance of local amenities, so it’s understandable why there would be such a demand for quality new homes in the area.” Find out more… 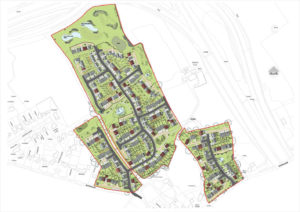 Situated in the Fulwood area of Preston, the £47m development will consist of a mixture of two-, three- and four-bedroom homes.

Larry Gold, Chief Executive at Trafford Housing Trust, said: “We are proud of our innovative development model which sees us reinvest all profits into providing more new homes and supporting wider social purpose initiatives – a model which we believe should be rolled out across the sector.” Find out more… 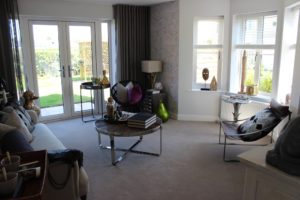 Walton Homes | Ferrers Chase, Linton Heath
Developer Walton Homes has unveiled the show-home at its latest development in the heart of the Derbyshire countryside. As Ferrers Chase was officially launched in Linton Heath, Walton Homes threw open the doors to its show-house – a four-bedroomed Elmsdale house type. Located on the outskirts of the National Forest’s Foxley Wood, Ferrers Chase is a collection of 26 three- and four-bedroom homes, surrounded by 29 hectares of woodland.

Sarah Summerton, Director, said: “We were extremely pleased with how the Ferrers Chase launch went – we had a good attendance and the showhouse was very well received.”

She continued: “Visitors were impressed with the size of the house – particularly the rooms downstairs, where there is a separate sitting room and then a huge open-plan kitchen/dining/lounging area which forms a hub for the whole family.” Find out more…

Aster Group | Tadley
Housing association Aster Group has secured planning permission to deliver a £10m development in Tadley, Hampshire. The scheme, which is on the site of a former primary school, comprises 36 two- three- and four-bed homes. Nine of the homes will be offered as rented properties and 27 as shared ownership.

E.G. Carter & Co Ltd has been appointed to build the homes as part of its place alongside Galliford Try on the housing association’s £150 million housebuilding framework. Mathew Vye, Associate Director, partnership housing at E.G Carter & Co Ltd, said: “This is our ninth development with Aster and we are looking forward to continuing our collaborative partnership developing new homes throughout the South of England under the contractor framework agreement.” Find out more…