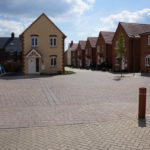 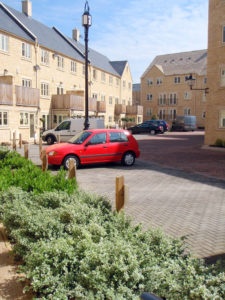 Chris Hodson, Architect and Consultant to the trade association Interpave, looks at the varied benefits of using SuDS.

Another year of summer flooding in the UK provides a timely reminder of the importance of sustainable drainage – or SuDS – on developments. But there is more to SuDS than flood prevention, with a wide range of other benefits, highlighted by recent regulations, guidelines and case studies.

It’s over three years since the Government chose to abandon dedicated requirements for SuDS on new developments in England using the 2010 Flood and Water Management Act, relying instead on national and local planning policies, implemented at local planning authority level. But a recent Landscape Institute and CIC Report highlights that this approach has been far from successful and merits rethinking.

New regulations
In contrast, earlier this year the Welsh Government implemented Schedule 3 of the Act as intended, with measures including establishment of a SuDS Approving Body (SAB) within each local/unitary authority. SAB approval will be needed for all but the smallest developments and the SAB will be required to adopt and maintain approved SuDS that serve more than one property.

The Welsh National Standards point out that: “The SuDS approach mimics natural drainage, managing surface runoff at or close to the surface and as close to its source as practicable. Surface based sustainable drainage components are visible in their operation and performance and are generally simpler and easier to operate, monitor and maintain.”

By its very nature, concrete block permeable paving (CBPP) is uniquely placed to satisfy these requirements as an attractive, surface-based, multifunctional SuDS technique.

Multi-functional SuDS
Of course, hard surfaces are necessary for developments anyway, whether for roads, parking, drives or play areas. But CBPP also provides an inherent drainage system that requires no additional land take or separate constructions for water storage, treatment or conveyance. In fact, CBPP can also accept runoff from other impermeable paving and roofs, giving further savings. It is therefore well-suited to higher-density urban schemes, as well as other developments.

And it addresses both flooding and pollution issues by storing and cleaning water runoff at source, avoiding drains surcharging and downstream flooding. CBPP removes water-borne pollution and provides a gradual flow of clean water at the head of the ‘SuDS management train’ enabling safe, open SuDS features on the surface and enhancing landscape design and biodiversity. This technology also eliminates the cost of pipework, gulleys and manholes.

Cost savings
These savings are demonstrated by the Lamb Drove SuDS Monitoring project in Cambridgeshire, which assesses various SuDS techniques, including CBPP, in a management train, compared with a conventional piped drainage system nearby. Overall, whole-life-costs were much lower than those for the conventional piped drainage system. The Monitoring Report noted capital cost savings of £314 per home using SuDS, with further potential savings available through more holistic design.

A new Interpave case study on this project will be launched at Flood Expo on September 11th and 12th at the Birmingham NEC, and free tickets are available at www.thefloodexpo.co.uk. Here, Interpave’s presentation by Dr Nick Gorst, in Theatre 25 on Thursday 12th September at 14.00, will demonstrate permeable paving’s successful long-term performance, minimal maintenance and cost-benefits over conventional paving and drainage. It will also explore new regulatory requirements, technical innovations and permeable paving applications for SuDS.