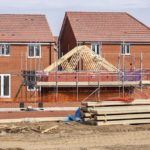 The National Audit Office says that despite being announced in 2014, the Government’s Starter Homes policy has delivered no homes to date.

When launched it was said that 200,000 homes would be built under the programme. However, in its ‘Investigation in to Starter Homes’ the National Audit Office found that: “The funding originally intended for Starter Homes has instead been spent on acquiring and preparing brownfield sites for housing more generally, some of which is affordable housing.”

The NAO report also noted that required legislation has not been put in place and that there was no longer a budget for the project.

The report stated that: “the housing white paper in 2017 marked a shift in housing policy, replacing the target of 200,000 Starter Homes with a target to help 200,000 households into home ownership through a range of government-backed schemes.”

Commenting on the report, Richard Beresford, Chief Executive of the National Federation of Builders (NFB) said: “We worked hard with the Government to make them understand how important this policy was to small builders and communities. They’ve not only pulled the rug from under small builders, including many hard-working NFB members, but also from under thousands of homebuyers who would have benefited from this policy.”

Rico Wojtulewicz, Head of Housing and Planning Policy at the House Builders Association, said: “Only last week we tried to make contact with Homes England about starter homes and we now know why we didn’t get a response. The Government has failed to deliver on a key promise that industry had planned for. They must either deliver or kill this policy – or they risk further damaging small and medium sized builders.”

Neil Knight, Business Development Director at Spicerhaart Part-Exchange and Assisted Move, said: “It is clearly disappointing that there has been so little progress on delivering the starter homes the country needs – but if the land earmarked by the project is still going to be used for housing then it is not entirely wasted.

“It remains absolutely crucial to bring more land into use for new homes to meet the demand not just of first-time buyers but of people looking to upsize as their families grow, or downsize in later life.”

0 0 0 0
Previous : Marley | Take to the pitch
Next : New skid steer loaders from Bobcat