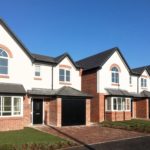 New rules will allow residents to know how builders and developers are contributing to the local community when they construct new homes.

Local people will be able to see how every pound of property developers’ cash, levied on new buildings, is spent supporting the new homes their community needs.

The new rules will mean councils will be legally required to publish information on the deals done with housing developers. Consequently, residents will now be able to see how money will be spent investing in the future of their community. Up until now councils were not required to report on the total amount of funding received – or how it was spent.

According to the Government, in 2016 to 2017 builders paid £6 billion towards local infrastructure.

Housing Minister Rt Hon Esther McVey MP said: “The new rules coming into force… will allow residents to know how developers are contributing to the local community when they build new homes – whether that’s contributing to building a brand-new school, roads or a doctor’s surgery that the area needs.”

Responding to the news, Richard Beresford, Chief Executive of the National Federation of Builders (NFB), said: “Communities don’t realise how much developers contribute to infrastructure through local taxation. Forcing all councils to be transparent with their ambition and strategy is an important step in encouraging a shared vision and local scrutiny.”

Rico Wojtulewicz, Head of Housing and Planning at the House Builders Association (HBA), said: “Councils can now pool funding to get larger projects off the ground and this will help deliver the more controversial projects, however, what’s most exciting is that developers, who often get local people asking for contributions, will be able to show exactly how vital they are for their local communities.”