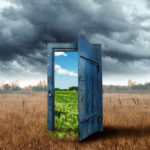 New homes are unsuitable for climate change, with more than 570,000 residential properties built since 2016 not able to withstand future high temperatures, according to an assessment led by the Climate Change Committee (CCC).

In strong advice to government, the CCC stated that policies had failed to adequately address overheating in buildings, particularly homes “despite it being one of the top risks in all UK climate risk assessments published to date”.

In an example of “policy failure”, the assessment highlighted the government’s pursuit of improved energy efficiency which had made homes more airtight “which can increase overheating risk”.

The climate expert urged for action to avoid many new and existing homes becoming “largely uninhabitable” with rising temperatures. It called for Building Regulations to be updated to embrace passive cooling measures including better shading, reflective surfaces and green cover for homes. The government should also review the National Planning Policy Framework, the CCC said.

The assessment also cited the need for regional and local risk assessments by health and social care organisations to help plan for climate risks, and more widespread monitoring of indoor temperatures throughout the country.

Overheating in homes and other buildings brought risks to health, wellbeing and productivity, the CCC said. Since 2018, more than 4,000 heat-related deaths had been recorded in England, it stated.

The risk of heat exposure in homes would increase, it added, if businesses and workers decided to adopt home working on a permanent basis following the pandemic.

The CCC’s last risk assessment on climate change – which considers the risks and opportunities for all aspects of life – was in 2016. Its latest report addresses “the impacts of inaction” over the past five years.

On homes, the assessment read: “More than 300,000 homes are due to be built each year across the UK and there is a major risk of lock-in if they are not planned and built to address overheating alongside energy efficiency and low-carbon heating.

“Inaction now will create unnecessary retrofit costs later and could even leave many existing and new homes uninhabitable as temperatures rise.”

CCC defined “lock-in” as “where actions or decisions are taken that have long-term effects, but where these effects are not included in the decision itself which potentially increases future risk or causes irreversible change”.

0 0 0 0
Previous : Etopia Homes begins delivering 30 of the UK’s most energy-efficient homes in East Cambridgeshire
Next : Second phase of Home-Grown Wales is crucial for the rural economy and environment