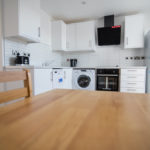 Birmingham Municipal Housing Trust (BMHT) is the housebuilding arm of Birmingham City Council and had identified a small area of disused land on Heaton Street in Hockley, that was ideal for development. Factory-built modular housing specialist, ModPods International was approached to develop a solution that would best utilise the space. A ‘Type E’ ModPod was selected from the range of six standard designs and tailored to the exact requirements outlined by BMHT.

The two-storey, two-bedroom pod exceeds the four person living space requirements set out in the Nationally Described Space Standard (NDSS). The pod features built-in storage areas, a fully fitted kitchen and bathroom and was delivered in one complete unit. On the 10th June 2019, with the foundation blocks and landscaping already prepared, the ground floor pod was delivered to site and lowered into place at 12:30pm quickly followed by the first-floor pod at 1:30pm. The property was ready for occupation by the new tenants on the same day.

As part of the design of the bathroom and kitchen areas, ModPods International selected Fibo’s waterproof wall panel system as an alternative to ceramic tiles. It was chosen for the simplicity and speed of the install as the large format panels can be fixed directly to the wall structure, creating a waterproof and resilient surface. This process is up to five times faster than tiling and eliminates the cost associated with securing the highly in-demand skills of a professional tiler. A further factor was the need for a robust system that would remove the possibility of damage during the transport and placement of the modules on site. Traditional tiled walls can crack as a result of the pods being moved and therefore, may require time-consuming remedial work once they are in place. 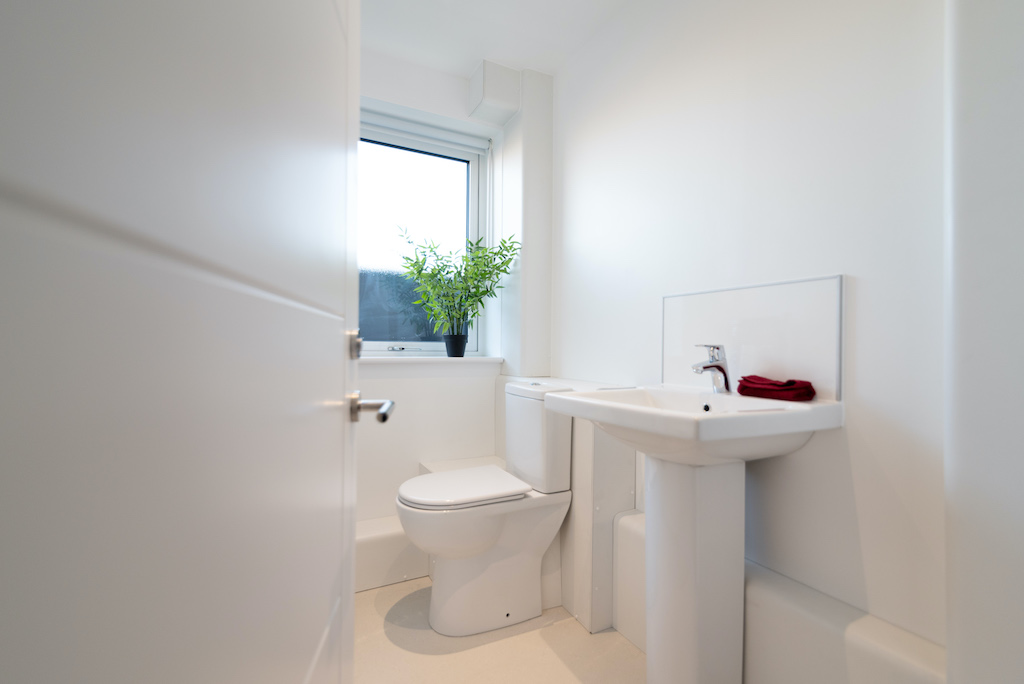 Andy Cornaby, Managing Director at ModPods International explained: “We needed a product that was not only attractive but also practical. The Fibo system fitted well with the design that we were developing for BMHT and was well suited to the volumetric modular manufacturing process. It was straightforward to incorporate the system into the production process as the panels are simple and quick to install and we were confident that there would be no post-delivery issues, which was a possibility with traditional ceramic tiles.”

The Fibo wall panels consist of a high quality 7-layer birch core, an enhanced moisture barrier backing and a high-pressure laminate that provides the smooth and strong decorative finish. The Fibo Aqualock system produces a secure seal between the panels to create a seamless, waterproof joint. It is also quick to dry, easy to clean and warm to the touch. In addition, with no grouting it is more hygienic and will stay looking new for longer.

The install process is simple and unlike tiling that requires specialist skills, the wall panels can be fitted by people with various construction skills. The panels are available in 600mm widths and can be easily cut to size with standard carpentry tools.

The Fibo Crystal White Silk product was used in the bathrooms around the bath and shower area. For the kitchen splashback installed along the worktop areas – including behind the hob and sink – Fibo’s Denver White tile effect panels were chosen. This is part of a range of Fibo products that feature tile patterns routed into the surface to recreate the traditional tiled look.

Andy continued: “This approach both saved us time during the manufacturing process and prevented time being lost on post-delivery work required to fix any issues in those areas. We estimate that in total we can save about 2.5 hours per pod; and when scaled up this has the potential to save us thousands of pounds per year in improved productivity.”

Scott Beattie, Managing Director at Fibo said: “This project truly demonstrates the benefits that the versatility and simplicity of our system provides. It is an ideal fit with the principles of modular construction and finding the simplest and most accurate way of producing high quality but affordable housing. We are proud to have been a small part of this pioneering project – what we hope will be the first of many.”