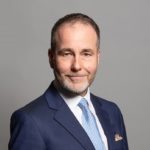 McBains and Market Financial Solutions comment on the appointment of Christopher Pincher as Housing Minister following the dramatic cabinet reshuffle.

“Constant chopping and changing does the construction industry little good as it creates uncertainty on the direction of housing policy. Changes in Ministers inevitably mean changes in priority, if not policy, so we hope that Mr Pincher will be given a good run in the post so that he can develop a constructive relationship with the sector.”

Paresh Raja, CEO of Market Financial Solutions, said: “A new parliament, a new housing minister. One has to think whether this cabinet position holds any real relevance anymore – it has become something of a merry-go-round, with Esther McVey’s successor becoming the tenth person to hold this position in as many years.

“Given the challenges facing the UK property market, the lack of consistent leadership from the Government in this space is extremely frustrating. We will never be in a position to properly address issues like the housing crisis, not to mention the obstacles preventing people from jumping on and moving up the property ladder, until Westminster gives the position of housing minister more respect and consideration.

“One can only hope that with a majority government now in place, this will be the last cabinet reshuffle we see for some time. But I for one believe too many MPs see the position as little more than stepping-stone.”

The National Federation of Builders (NFB) congratulates the new appointments and looks forward to working with them. We hope that there will be a renewed focus and drive to understand the industry, small business and bring about meaningful change.

Richard Beresford, chief executive of the NFB said: “This new cabinet has a fantastic opportunity to drive Britain forward and ensure that the first step of levelling up begins on a firm footing. In construction, we expect late payment, procurement and small business to be high on the Government agenda.

In housing, the Government must deliver planning reform, infrastructure investment and greater funding for social homes. It must also redouble its efforts to reduce carbon emissions by investing in renewables and retrofitting and refurbishing our old, cold and energy inefficient buildings.”

0 0 0 0
Previous : What impact could the government’s new building regulations have on energy targets?
Next : Tumbling mortgage rates set to define this year