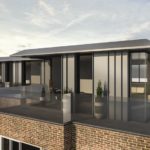 Last summer’s changes to Permitted Development Rights which made upward extensions of two storeys to existing blocks of flats easier to progress, have in many cases slowed progress on potential projects rather than sped it up.  This, a leading airspace developer believes, is because of the perceived value that freeholders are mistakenly placing on their roof space. 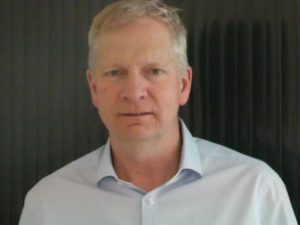 Adam Clark, MD of BRAC Developments, has likened the increase in interest around potential airspace projects to the Gold Rush of the 1840s, although he warns that many freeholders are unlikely to realise their riches with their current approach.  He comments:

“Last summer’s PDR changes were a welcome step forward in enabling more airspace projects and interest in developing on rooftops has certainly grown ever since.  However, with any freeholder able to apply for and often secure planning permission for a relatively small sum of money, we’re now seeing that rooftops are being marketed for greatly inflated sums making acquisition and development financially unviable.

“Of course, any plot – rooftop or otherwise – with planning permission already in place commands a higher value than that which does not, but the impact that the opening up of airspace’s potential has had on perceived values is mind-boggling.  Not only that, but it’s actually having a detrimental effect on progress in the sector.”

BRAC Developments has delivered numerous rooftop development projects and is in a unique position to offer freeholders their services as both contractor AND developer in one.  It is currently working on a project at Tait House in Tufnell Park, North London to deliver three new two-bedroom penthouse apartments atop of an existing four-storey residential block.  This project has led to increased interest from other freeholders and Adam continues:

“In the past few weeks alone, we’ve been approached with offers to purchase the roof space of three or four similar buildings which would be ideal for airspace development projects.  However, they’ve all been marketed at well over a million pounds each which greatly constrains the financial feasibility of a project.

“Airspace development, of course, isn’t new and prior to the PDR changes these roof areas would have been put on the market, with planning permission in place, for sums of somewhere in the region of not even a fifth of what they’re now being marketed at – it’s a clear case of mistaken greed on the part of the freeholders.  Consequently, they’re not getting the values they’re asking and we’re not seeing more project of this kind being realised.”

BRAC Developments instead believes that by a freeholder partnering with the developer, their asking prices can be achieved, and in some cases exceeded.  They’ll also have greater control over how their building is managed and developed during the project.  Just selling the roof space leaves them open to a myriad of potential problems and issues.

BRAC Developments current project is being delivered via a Joint Venture agreement – a model that they believe if more widely adopted would see an increase in developments of this kind.  Under BRAC’s approach, no money is exchanged for the purchase of the rooftop, but instead the JV agreement outlines how the developer will manage all aspects of feasibility as well as the planning process with no obligation at that stage on the freeholder to proceed.  Once a go-ahead is agreed, the developer manages the entire build process and it is only once a project is complete and all costs have been realised, that the profits are shared between the two parties.  This is an approach that Adam believes leaves the freeholder in a better financial position than if they’d held out for a sale of the airspace rights.  He concludes:

“Whilst there is a perceived premium price tag to be attached to roofs that can be developed on, this is only meaningful when that value is achieved and with few developers willing or able to pay those prices, projects are stalling before they’ve had chance to move forward.

“For a freeholder who is willing to hold out whilst the project is delivered, there is a far greater chance that they’ll come close to meeting, or exceeding, that financial goal.  Not only that, but they’ll also have the reassurance of a level of control over how their building is being developed that they simply wouldn’t have if they’d sold the space off.”

0 0 0 0
Previous : Freefoam’s extensive and innovative cladding range hits the mark with Edge Building Products
Next : Industry experts explain how Covid-19 has affected health and safety within the trade industry