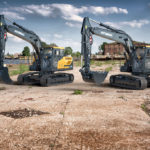 With many construction tasks needing plenty of power delivered in an efficient manner Hyundai Construction Equipment has introduced two new mid-weight crawler excavators: the HX160A L and the HX180A L are EU Stage V and are powered by the latest Cummins diesel engines.

The 16 and 18-tonne models have also been designed to deliver improved operating speed and performance, with increased visibility and safety.

In the cab
The A Series cab provides a 13% increase in internal space for the operator, with an improved grab handle design in the cabin door, making it easier to access the driver’s seat and improving visibility to the side of the machine from the cab. There are also wider, anti-slip steps for easier access to the cab and service areas.

The interior has an 8” capacitive-type touchscreen for all major information, which can also be controlled through an automotive-style jog/dial module.

Wi-Fi connectivity, using Miracast, allows the operator to use many of the functions of their smartphone, directly through the machine’s 8” infotainment screen. Drivers can operate their phones hands-free, listen to music directly from their smartphone and use a number of internet-based applications through the Miracast system. 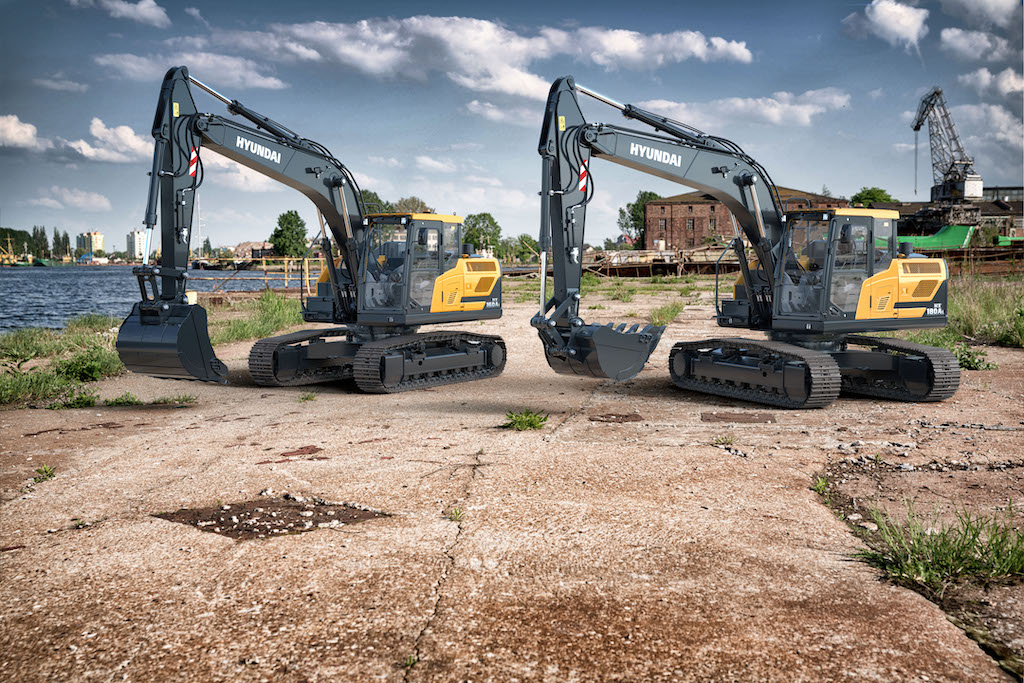 Fuel efficiency
Improved control of the engine output and the hydraulic system has resulted in increased fuel efficiency, with the excavators achieving a 5% efficiency gain against the previous HX Series when levelling and truck loading in P Mode.

A new Lifting Mode improves fine control and lift capability, reducing engine rpm, activating power boost and offering improved pump flow control. The machines are also offered with an optional Fine Swing Control, smoothing the movement of the boom at the start and stop of the swing movement. An Auto Safety Lock is offered as standard, preventing unintended operation of the hydraulic functions of the excavator.

The operator can set boom-lift speed compared to swing speed, by activating and deactivating the boom priority function. Dipper arm in speed can also be fine-tuned, by activating and deactivating the arm regeneration function. It is now possible to save machine settings through the new Key On Init work mode, to apply the settings on engine start-up. The machine owner can also restrict operator access to some functions within the menu if required.

Reduced service cost
The excavators also benefit from a revised cooling package layout that contributes to improved serviceability. Engine oil and oil filter change intervals have been extended from 500hrs to 800hrs, while the fuel filter and pre-filter intervals are now double, at 1,000hrs.

0 0 0 0
Previous : Work begins on 130 new Bellway homes in Peterborough
Next : Knightsbridge puts media in the frame with screwless range additions