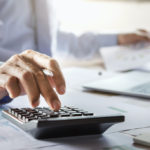 PHPD’s Kieran Nee talks to Elmhurst Energy’s Stuart Fairlie about the organisation’s work and approach to the industry.

Recently, the Government announced a £2billion package to help bring existing homes into line with current environmental standards, with £10,000 being offered to each household that takes up the scheme, which is being called the Green Homes Grant. It’s a neat package that will hopefully do what it says on the tin – create “green homes” in the UK whilst also providing some much needed jobs. However, what a “green” home consists of, what the best way of achieving this and the best way of measuring the success of the home is, in fact, a matter of some debate.

At the heart of the issue are two different approaches to measuring how environmentally friendly a home is – the Passive House Planning Package and the Standard Assessment Procedure. Also in the mix are the three main organisations in the field, the Association for Environment Conscious Building, the Passivhaus Trust and Elmhurst Energy. We spoke to Elmhurst Energy’s Technical and Operations Director Stuart Fairlie about the organisation’s key role in furthering of sustainable homes in the UK and how the different approaches taken by the different organisations are not so different after all.

Stuart begins by outlining Elmhurst’s straightforward approach: “We’re the largest accreditation scheme in UK, certifying about 1,000 SAP Assessors who, in turn, provide homes with an EPC – an energy performance certificate. The assessors essentially take all the data on the materials used by the builders, extracting it directly from the plans and the specifications and entering it into our software. That then generates a score outlining whether that house will comply to the Building Regulations for Energy Conservation.”

Elmhurst bases its approach on the Building Regulations, and assessors can help housebuilders whose houses don’t yet comply come up to scratch, using the EPC modelling software to adjust and change materials to find a way to meet the regulations.

The key focus of Elmhurst is the end-user – the homeowner – and ensuring that the homes people buy are energy efficient homes. Where this energy efficient approach is appealing to homeowners, and where the EPC rating is crucial, is in the fact of lowering ongoing energy bills. “

Where the Passive House approach differs is that the focus is wholly on creating homes that have as low a carbon footprint as possible, nearing zero – even if this means it actually costs the homeowner more on a monthly basis.

The good news
The good news is that after a review of the different schemes, the organisations have concluded that they are more unified than they had though, being essentially based on the same foundations. While PHPP allows a user to enter more data in some areas and considers some element such as thermal junctions differently from SAP, the physics behind the methodologies that calculate the energy efficiency of the building fabric is very similar.

However, as the two modelling systems were designed for different tasks, the way in which they are employed and the scope of their outputs differ. For example, PHPP uses local climate data and includes unregulated energy to give an overall assessment of actual energy use.  In contrast, SAP uses average UK climate data and excludes unregulated energy to ensure a consistent output which can be used for EPCs and compared across different dwellings in different locations.

The key point is that most of these differences relate to how the model is employed rather than the accuracy of the model itself.

Stuart emphasises that the differences between the two models are in the focus rather than the overall aim or the methods used. “We operate in different spaces, basically,” he explains, “Elmhurst are the largest organisation of its kind, and therefore we need to provide a tool that works for the vast majority of housebuilders and homeowners. Our target is to get all housebuilders to improve and to enact real changes to the way they build and the materials they use. Meanwhile, Passive House emphasise a more radical approach which appeals to those already in the market to build highly energy efficient homes.

“Some in the Passive House sector were criticising SAP, saying it wasn’t doing them any favours in the fight against Carbon. However we sat down together to discuss the differences and it quickly became clear that the assessment itself wasn’t causing any issues – in fact, at a material level the two methods share the same practices.”

The three organisations have now declared they intend to work together, specifically to “present government and industry with a proposal that will allow direct and fair comparison between all homes whatever their type or level of energy performance.” There will always be some disagreement between the hardliners and the mainstream, but as long as both sides keep making considerable gains, then surely everyone will be a winner.