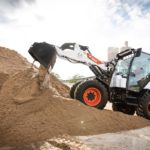 PHPD takes a look at the new machines from Bobcat which appeared at the Hillhead exhibition in June.

The Hillhead 2022 Exhibition at Hillhead Quarry in Buxton (from 21-23 June 2022) is a major event for those interested in construction machinery.

Bobcat used the event to present several new products for the first time, including models from the company’s new R-Series telehandler range, R2-Series of mini-excavators and the L85, the first model in the company’s compact wheel loader range. All these machines have been developed as part of the company’s ‘Next is Now’ programme. 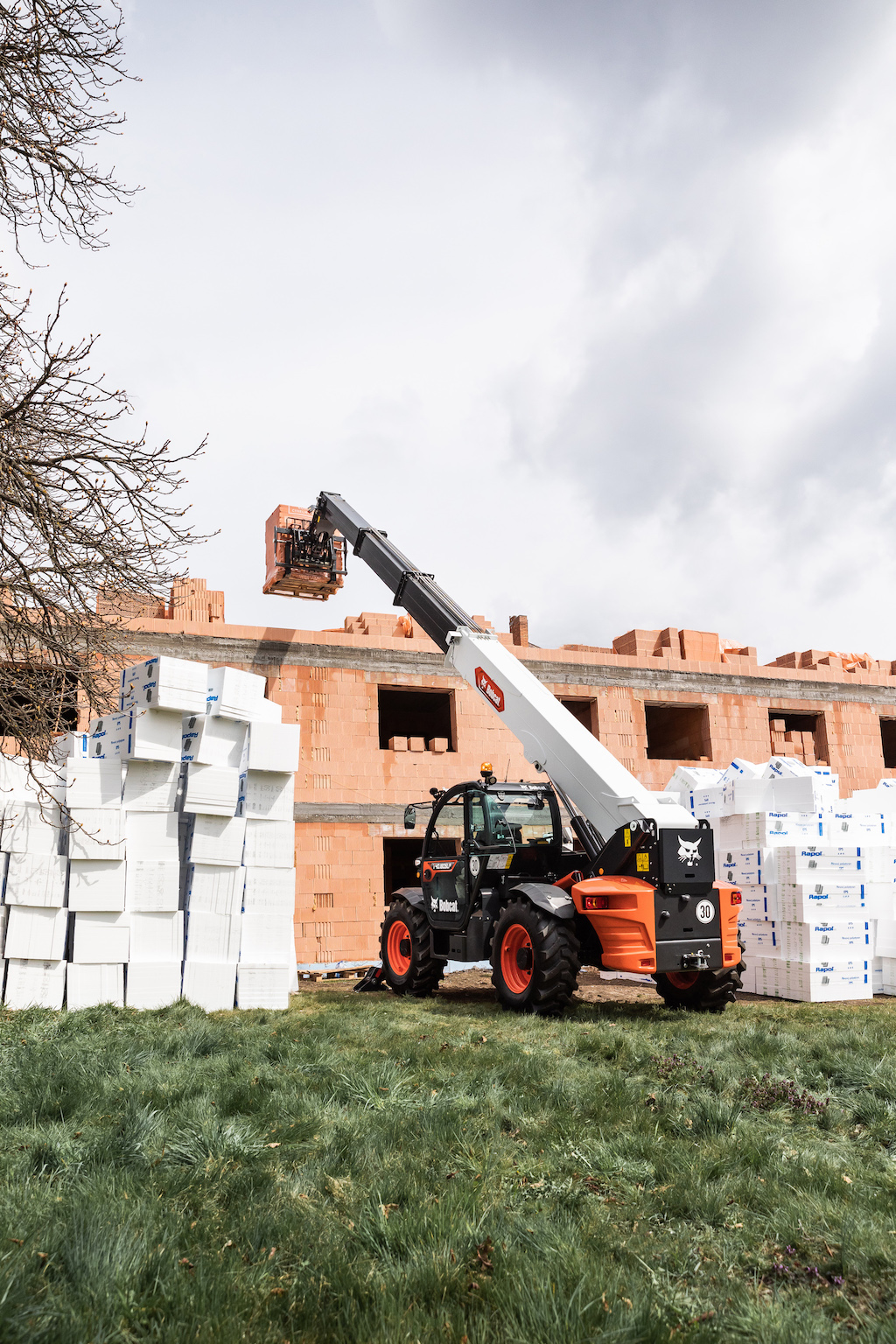 Watch the tele
Bobcat’s new generation R-Series telehandler range provides a choice of 12 models with Stage V engines. The company showed telehandlers from both ends of the range, which covers lifting heights from 6 to 18m with maximum lifting capacities between 2.6 and 4.1 tonne

The R-Series telehandlers feature a new cab designed around the operator, including a central control panel for optimized 360° ergonomics. All surfaces have been optimised to offer increased space and visibility.

It is based around a new 5-inch LCD display providing interactive and streamlined information, including the feed from the rear camera allowing for more precise operation.

R-Series telehandlers have a newly configured transmission system designed to ensure the trickiest jobs at height can be carried out with precision. These operations are also facilitated by the combination of the Boom Positioning System, a new updated joystick, an inching function and improved visibility from the cab.

In the E50z and E55z, Bobcat’s Zero House Swing (ZHS) feature adds another level of protection to the standard zero tail swing design, allowing operators increased peace of mind when operating the machines near walls.

The E60 is the R2-Series flagship machine – a conventional swing model featuring a more powerful engine and a larger cab. In the E60, a tail overhang of only 280mm allows the machine to be operated in confined spaces. 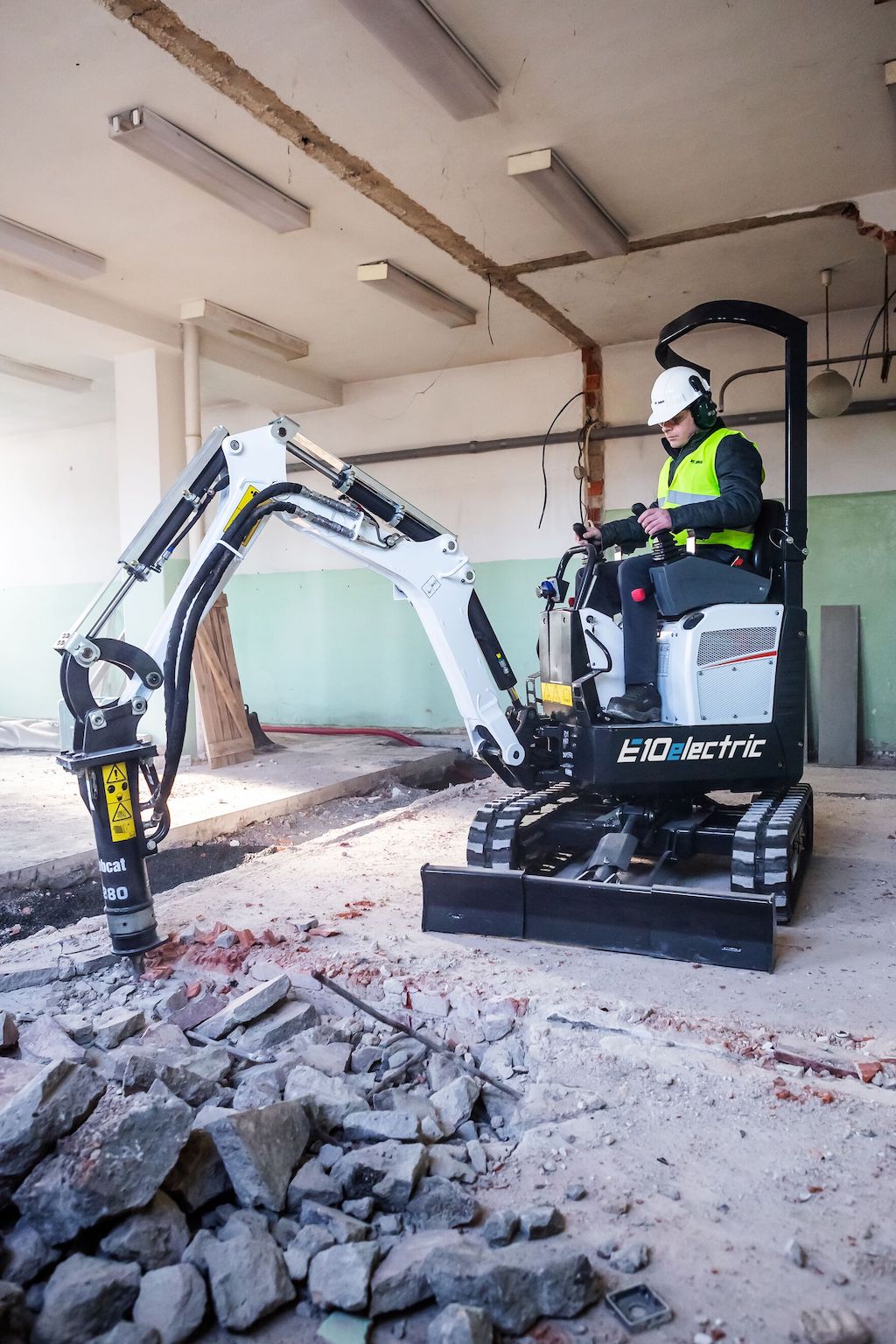 Go electric
The Bobcat E10e offers zero emissions, low noise and a width of just 71cm, allowing it to pass through standard doors and in and out of lifts. The E10e is therefore suited to both indoor demolition and basement digging, along with urban/city centre developments, night-time work and contracts in quiet zones including hospitals and schools.

Built on the same line as the diesel-powered Bobcat E08 and E10z mini-excavators, production of the company’s E10e battery-powered model has recently been increased.

The L85 features a Bobcat engine and is equipped as standard with the Power Quick-Tach system, compatible with widely used industry standard couplers. To run high-flow attachments like an angle broom, the machine can be fitted with a high flow option, providing a hydraulic flow of 100 l/min.

There are multiple Bobcat loader attachments approved for use on the L85, with the company promising there are more to be announced in the near future. The current portfolio includes a general purpose bucket, light material buckets, a combination bucket, pallet forks and angle broom and snowblower attachments.