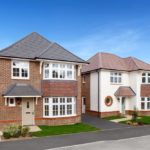 Redrow to build 283 homes in Oxfordshire

Redrow has confirmed the development of 283 homes in Kennington, near Oxford.

Redrow Homes South Midlands has acquired a 27-acre site for the construction of one-, two-, three- and four-bedroom homes, both private and affordable housing, on the southern edge of Kennington.

Construction will commence at the new development, to be known as the Lawns, in early summer. Properties are to be released for sale later this year.

Land for a community building and public open space, as well as pedestrian and cycle links, is also included in the plans.

Matthew Stock, Planning Director for Redrow Homes South Midlands and Thames Valley, said: “We are thrilled to be building much-needed homes in the area, as well as further cementing our reputation for creating thriving communities across the Oxfordshire region.”