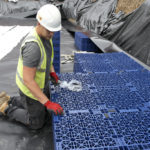 Wavin | Building a case for SuDS 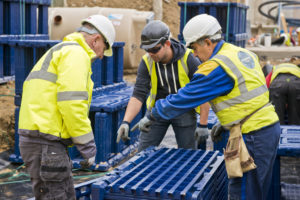 The 8th edition of Sewers for Adoption: A Design and Construction Guide for Developers, is set to take effect in April 2020. It will, for the first time, lay out standards regarding the adoption of sustainable drainage systems. Martin Lambley, Product Manager for stormwater management at Wavin, explains the changes.

Urban drainage infrastructure in England is failing to cope with the increasing levels of rainfall. Using pipes to collect rainwater and then distributing it into rivers is no longer a sustainable solution to the country’s drainage needs. To combat this the 8th edition of Sewers for Adoption: A Design and Construction Guide for Developers (more widely known as SfA8) aims to clarify what developers must do if their drainage systems are to be adopted by Water and Sewage Companies (WaSCs) – namely, include sustainable drainage systems (SuDS) in their projects.

SuDS mimic mother nature in urban environments where there tends to be less permeable ground for infiltration. SuDS techniques improve greatly on existing assets – such as oversized pipes and tanks – and include swales, basins and geocellular systems, which are installed under green areas and are made up of modular crates that control surface water runoff either as a soakaway or a storage tank.

Although some WaSCs have been making efforts to combat increased rainfall levels and improve the efficiency of traditional drainage systems, until now there has been no formal approach or guidelines to follow. While compliance with the current version of Sewers for Adoption is voluntary, once approved by Ofwat, the new guidance will fill this gap and make SuDS more enforceable.

To get the wheels in motion and start discussions, the guidance was published for information in July 2018; the full version is pending approval by Ofwat and is due to be revealed later this year. For now, WaSCs have the opportunity to update their procedures and consider a wider range of sustainable drainage systems in preparation for the manual coming into force next spring.

Despite the changes indicating that SuDS are being taken more seriously, there is much debate surrounding the adequacy of the new guidelines, with arguments forming around the absence of any enforceable repercussions. Without robust legislation, it’s argued that installers, government bodies and developers alike may revert back to older, easier-to-execute guidelines.

A step in the right direction
Used throughout urban developments since the 1990s for their ability to not only prevent flooding, but also improve biodiversity, water quality and amenities for communities, SuDs have long been on the agenda for surface water management. Yet, they are still not a mainstream component of urban developments.

One of the reasons for a lack of formalised uptake is the perception that SuDS are difficult to maintain compared to more traditional products. On top of this, pragmatism often takes priority; if they’re easy and efficient to install, SuDS will be used, but this will usually be usurped if a more cost-effective method is available.

This is where SfA8 aims to change such perceptions and set a benchmark for better levels of flood protection, ultimately leading to greater use within infrastructure design. There are many forward-thinking steps made within the guidelines and developments built according to them should be able to deal with some of the most extreme rainfall events. The abolishment of the five-metre rule for infiltration could also treble the capacity of water storage.

However, before we hail SfA8 as being an all-encompassing solution, it’s important to assess its shortfalls. 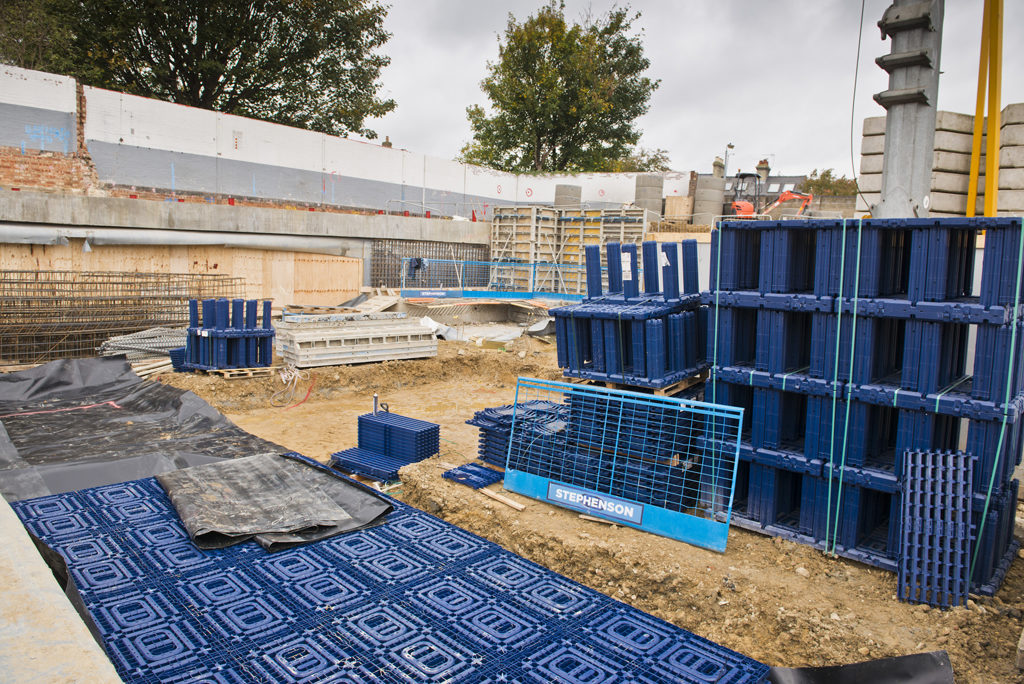 Missing the (water) mark
Within SfA8, the National Planning Policy Framework lays out the expectation that SuDS should be given first preference in any development plans – an effort that should be embraced. These steps forward will help push designers to consider the installation, maintenance, access and health and safety of hard and soft SuDS within their designs, regardless of predispositions.

However, despite such progressive steps, there are still concerns that the guidelines do not go far enough in their enforcement. Although the document will be mandated by Ofwat, making it the strongest edition to date, WaSCs still have the potential to deviate from the guidelines as wording in certain areas is vague and allows for interpretation.

Geocellular tanks are expected to be a particularly contentious area as some water companies have historically been against their installation, claiming they are hard to maintain. Additionally, key SuDS elements have been omitted from the manual altogether, such as permeable pavements and green roofs. In hope of avoiding any backlash, there has been constant engagement with water companies to gain their feedback and agree on the proposed standards. However, a positive uptake of the guidelines cannot be guaranteed.

A future for SuDs
Milestones such as SfA8 are, no doubt, helping to secure a more sustainable future for drainage. The initiative has ensured participation across all levels, from government bodies to installers and, coupled with decisions such as the government’s 25-year surface water action plan, the chance for SuDS to be fully and universally adopted is on the horizon.

What’s now important is for these changes to keep gaining momentum. As an industry, we need to fully embrace SuDs and place them as a top priority if we are ever to achieve a sustainable level of surface water management. In the face of increased climate change and flooding, this change in mindset cannot come quick enough.