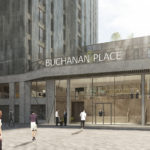 The ‘Build to Rent’ revival

Build to Rent (BtR) has become an established strand of the UK property sector after hitting headlines with the conversion of the Olympic Village in East London in 2012. Yet the wave of BtR investment, which started in London and spread outwards across England’s regional centres, more or less stopped at the Scottish Border – until recently.

A distinct asset class within the private rented sector, BtR refers to properties built for the private rental market. Typically owned by an institutional landlord and managed by a single entity, often with an onsite presence, they are being looked upon favourably by investors seeking a relatively secure, longer-term investment right across the UK. But why the relatively slow take up of BtR in Scotland?

While Scottish cities offered many of the factors attracting investors to other regional cities, such as the availability of sites located near transport links and employment hubs, some key financial fundamentals meant that they could not rival locations like Manchester, Birmingham and Bristol. Indeed the uncertainty surrounding the Scottish independence vote was an additional factor deterring those looking for safe investments.

Undersupply of new housing
However, seven years on the Scottish housing market is now outperforming the rest of the UK and a growing number of investors are now targeting Scottish BtR projects. This is against a systemic undersupply of new housing across all and a trebling of 16- to 34-year-olds in the Private Rented Sector over the past 20 years. Indeed 40 per cent of this age group is now renting.

Rents in Edinburgh have grown by 33 per cent over the last five years and 25 per cent over the same period in Glasgow. Added to a compression of investors target yields, this is helping BtR compete against other land uses.

A total of 479 BtR units have been built in Scotland so far, with a further 6,300 BtR at varying stages of planning. But this figure only represents 1.7 per cent of the total number of Scottish households in the private rented sector and less than half the figure for the UK as a whole, which illustrates the growth potential in Scotland.

However, Savills is currently advising on transactions set to deliver more than 1,500 BtR units across Scotland. While these largely relate to the urban flatted BtR market, we are starting to see the emergence of a market for suburban houses for rent which is typically aimed at young families.

Looking first at the Scottish capital, the Lochrin Quay development, acquired by Aberdeen Standard in 2018, was a positive demonstration of interest. Meanwhile Kingsford Residences, a conversion of a former school, is now more than 65 per cent let and development of 800 units to the west of the city centre in Fountainbridge is anticipated to begin this year.

Glasgow now accounts for over half the BtR pipeline in Scotland. Savills advised Legal & General on the first forward funding deal in Scotland at Buchanan Wharf in the city: 324 apartments which will be developed by Drum Property Group adjacent to Barclays’ new European Hub.

As Build to Rent becomes further established in Scotland, we anticipate more transactions being structured on this basis, just as they increasingly are south of the Border.