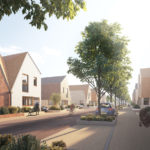 Stuart Irvine, Senior Director at Turley, discusses proposals in the Government’s Planning for the Future White Paper and whether the document will help get the country building again and support economic recovery.

The Government’s Planning for the Future White Paper, designed to overhaul the UK’s planning system, streamline processes, cut red tape and help get the country building again, has already received a mixed reaction from the industry.

Billed as the most significant reform to policy in decades, the changes are designed to transform a system that has been criticised for being too sluggish. In doing so, the Government’s clear aim is to adjust planning to ensure it can support the wider industry’s efforts to rebuild the property market and the broader economy.

It’s important to recognise that the planning system isn’t just a regulatory process, it’s an avenue through which visions are created and delivered. We must ensure that the role of the planning system as a means to direct and support growth is not lost in the pursuit of simplicity. If there is a means of streamlining delivery without diluting this then we are wholly supportive. The changes hint towards this being achievable.

Homes, homes, homes
The Prime Minister’s message that we should ‘Build, Build, Build’ ahead of announcing these reforms was a clear indication of the property sector’s role in getting the economy back on its feet again. And housing is expected to play a key role in that.
The housing crisis is an ongoing political struggle which the Government has tried to solve with a range of policies over the years. But the sector has already experienced several ‘once in a generation’ moments over the last 20 to 30 years, none of which have done anything more than shift the regulatory playing pieces around the chessboard.

So, what’s measurably different about these reforms?

Well, the move to a more centralised planning system could create some meaningful change. Local Plans will be expected to do less, with national policy filling any gaps. The standard method for assessing housing need will also be fixed and not open to debate or challenge. Meanwhile, proposals to lift the affordable housing small site threshold will also support delivery on sites with financial viability constraints. And, with SME housebuilders having long struggled to deliver homes because of the challenges they’ve faced – planning being one of them – the reforms will undoubtedly be viewed positively by many smaller developers.

As well as the White Paper, the Government also announced consultation on some other policy changes including First Homes, changes to the affordable housing threshold and extending permission in principle – details on which many in the sector will be keeping a close eye.

These all could help make the system more flexible to support greater levels of housing development. Coupled with changes to make planning more digital, which will help engage a broader cross-section of society in the process, alongside promoting design excellence, these reforms reinforce the need for better planning while also clearly attempting to reduce blocks in the system. In theory they will help bring forward schemes with less delay and greater certainty.

Societal challenges
When the Prime Minister delivered his bold ‘Build, Build, Build’ message, it is fair to say that there was a perceptible sharp national intake of breath. There is an in-built assumption in our society that development is harmful. But this overlooks what growth really is. It is housing for our families and spaces to accommodate the jobs of the future. It is a positive message but one that is so often wrapped up in the negative connotations of development that it falls flat.

This is the real challenge that the reforms of the planning system should face up to. Not necessarily how we make decisions, but how we can instil confidence in our communities that the system can deliver quality.

Do the proposed changes to the planning system achieve a wholesale shift in the way society views development? Put simply, no. No changes to the system will alter the balance, unless we achieve this shift in perception of development to create YIMBY-ism rather than NIMBY-ism.

But to do so the reforms can’t just be ‘fire and forget’. These changes need to be backed by a strong and enduring message from the entire sector, including the Government, that development is good and can match societal expectations and that growth itself is a non-negotiable need.

A key part of making Planning for the Future work, therefore, is to use the message as a beacon for our communities to be positive about their areas and their growth. The last time this was done with any great success was ‘Homes for Heroes’. Set against the challenges of a society that was emerging from WW2 and the opportunities that new building and transport technology provided, these provided optimism which was delivered with purpose.

It’s only in this context that a simpler and more positive planning system stands a real chance of making a difference, and the entire industry will need to work hard to achieve this.

A broader sector recovery
While housing is a significant national challenge, a key question for the sector as a whole is whether it is the sole challenge facing the industry’s ability to support economic recovery?

The obvious answer here is no. Housing has to be viewed in the context of building strong communities. Genuine long term thinking that drives sustainable towns and cities with suitable commercial and social infrastructure is key, and here is where the reforms could fall short in many areas. Housing will play a part but it needs a broader perspective.

Employment and logistics have hardly been mentioned in the reforms, and town and city centres haven’t been given the focus that many expected. Meanwhile sustainability is mentioned but isn’t a key driver of what has been positioned as the central solution to rebuilding the economy.

The other key barrier to delivering growth through these reforms is the huge skills gap in the planning sector. Changing process alone does not solve this and it is not clear how the shift towards greater standardisation will actually inspire the next generation of planners, designers and engineers to want to deliver through the public sector. There are some elements of the reforms that simply won’t work unless greater resource is available.

We welcome the purpose and intent of the reforms and see great value in much of what has been proposed. There is a desire for broader thinking in some areas but the changes are not a magic wand for solving the fundamental challenges that our economy currently faces. However, it is a start and we look forward to seeing whether the positive intent that sits behind them is embraced, particularly in those areas where change is needed most.