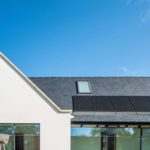 Cupa Pizarras: A roof with a view 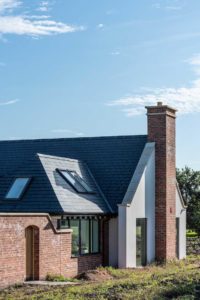 Smithy Cottage, an unusual, cruciform shaped new-build property in Warrington, has recently been constructed using Cupa Pizarras’ CUPA 2 natural slates. Selected for uniformity, longevity and aesthetics which is in-keeping with the surrounding properties, the CUPA 2 slates were used for the roof of the property which unusually incorporated atrium glazing and inlaid solar panels.

The eye-catching home was designed by Fasciato Architects who had been tasked with creating a contemporary, single storey home. However, the architects were also keen that the property fitted in with its surroundings.

“We chose to introduce materials associated with other ‘traditional’ large houses in the local area, one of which was slate,” commented Ian Scullion, Associate at Fasciato Architects. “As a result, we decided to use a natural slate for the roofing material to achieve a balance with the brief whilst also making the house feel homely and appropriate to its context.”

As the roofscape of Smithy Cottage is considerable, at approximately 850 metres squared, there was also a need to specify a product that would create a smooth and unified appearance. Having initially decided to look into slate as the most suitable solution, Ian met with his local Cupa Pizarras representative, attended a CPD presentation and was intrigued with the products on offer. 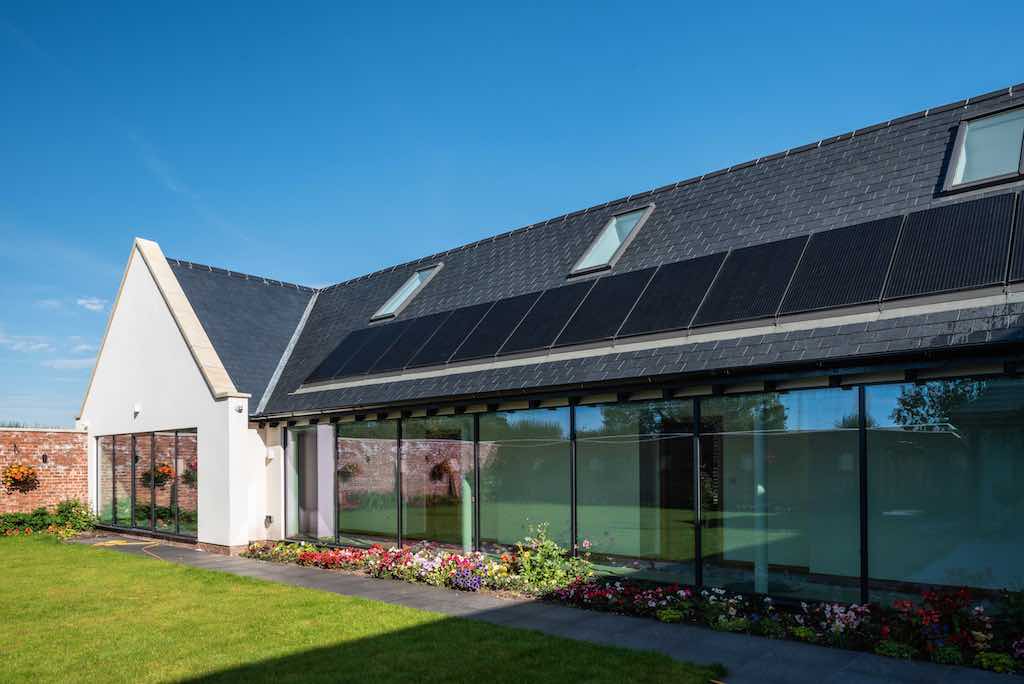 “We were impressed with Cupa Pizarras’ reputation for producing quality, traceable roof slates and we were also pleased with help given to us by the area representative at the time,” Ian commented. “We had been interested in the efficiency benefits incorporating solar technology could offer the homeowner, so we opted to use in-laid solar panels surrounded by Cupa Pizarras’ attractive CUPA 2 roof slates.”

Smithy Cottage was built by HD Building Company Ltd. but the roof was installed by subcontractor Rod Johnson of RWJ Roofing. On the installation, Rod commented: “The Cupa Pizarras slates were excellent to install as the thickness of the slates were exceptionally even, simplifing and minimising the amount of grading required in the run up to the installation of the slate.”

There were some challenges with the installation, however, as the entire roof had to be felted before the battens could be secured which was complicated by the harsh wind the area was experiencing at the time. In addition, the integration of the in-laid solar panels was also necessary on a number of sections of the roof. 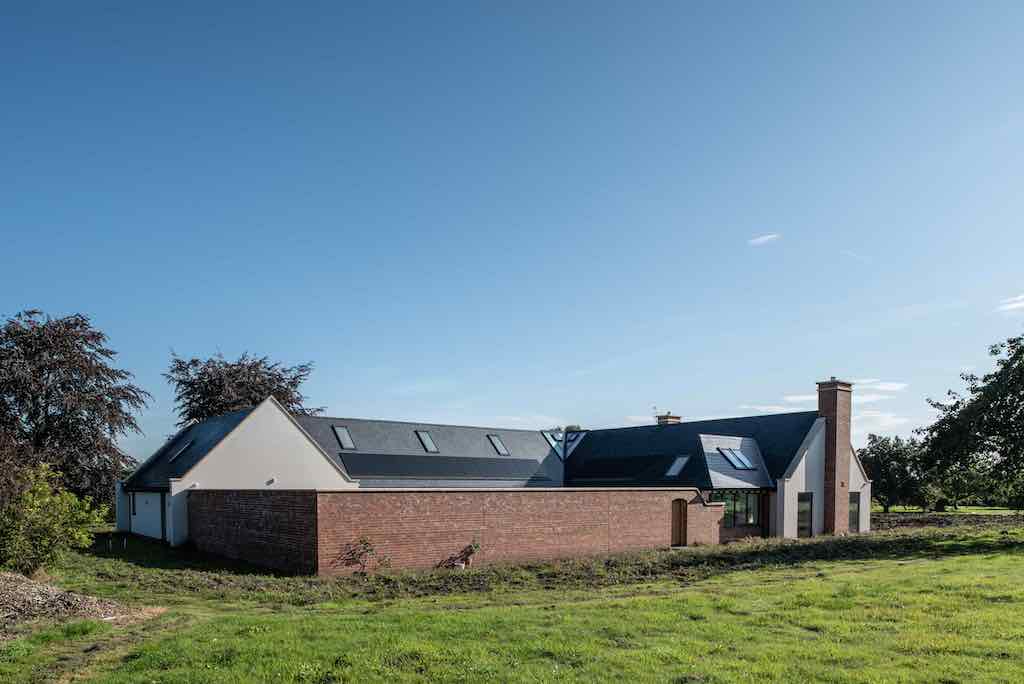 “Although this was one of the challenges of the design process, the solar panels were easily installed as they were integrated with the roofing in a similar fashion to a roof window,” commented Rod. “The mitred hips on the conservatory were the most complicated part of the roof installation as it was necessary that these were executed as tidily as possible – the reduction in grading allowed me more time to ensure these areas met the client’s expectations.”

Both the architect and end client were pleased with the finish of the roof which met with the design requirements of the architectural brief. Ian continued: “This is the first time we have used Cupa Pizarras and we were very happy with the results. We were keen to ensure that the more challenging aspects of the roof, including the solar panels and hipped conservatory roof, were executed well at the installation stage. The final finish of the roof is smooth and sleek, with both the slate selection and the workmanship exceeding our expectations.”

0 0 0 0
Previous : Maincor | The solution underfoot
Next : Vaillant | The quality question