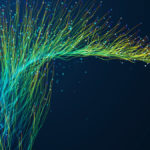 Why you need to consider full-fibre infrastructure

It’s funny to think, but fifteen years ago, the only consideration towards fitting out a property for the internet was a single phone point, connected to one computer, in the corner of one room.

Fast forward, and in 2020, the world is changing at a dazzling rate. Not only do we now have phones, tablets and computers for everyone in the home, but there’s the growing landscape of multimedia – streaming video, smart home devices, and a raft of weird and wonderful gadgets.

In fact, it’s estimated that by 2030, there’ll be 1.5 billion Internet of Things devices connected around the world. The average home router has a theoretical limit of around 250 device connections (although more than 40 will start to cause problems in practice). Suddenly, for the first time, it feels like that’s not going to be enough.

This presents a quandary as the demand for housing stock is coupled with a demand for the best, fastest connectivity so that new residents can make the most of this brave new connected world.

More and more new properties are being fitted with 1Gbps (gigabit per second) connections at the planning stage. And, full-fibre services are now able to be offered all the way to the property. They’re no longer just a gold standard, but an essential part of the value proposition of any new build or refurbishment.

‘Fibre to the Premises’ (FTTP) – sometimes called Fibre to the Home (FTTH) – is a revolution in internet connection. Most of what is marketed as fibre broadband is in fact ‘Fibre to the Cabinet’, meaning that during the ‘last mile’ into the home, that speedy data is sent over copper wires, often dating from the 1950s – something they were never designed to do – and as a result, the speed-drop is huge. Plus, the ageing infrastructure has a nasty habit of going wrong. A lot.

Quite simply – the existing telecoms and cable networks can’t currently compete with the speeds being offered by FTTP. So, partnering with a digital infrastructure specialist that can deploy full-fibre networks for new builds is something of a no-brainer.

But what about existing properties? Well, the good news is, where there’s a will, there’s an opportunity. Because, it is entirely possible to retrofit full-fibre services to a number of properties that have been around for decades.

Take the Grosvenor Estate in Central London. Despite its prime location, residents were finding that their internet connection over copper wire just wasn’t enough to support the growing demands being placed on it.

In 2017, a partnership between Grosvenor Estate, VXFIBER and leading service providers was established with the overall goal of suppling fibre to-the-premises (FTTP) connections. Over the next few years, Belgravia and Mayfair’s residents and businesses will gain access to the fastest and highest-quality internet in the UK.

Before the project was started, the Grosvenor Estate was in the bottom 5% worst performing residential areas in the country for digital connections. When it’s finished, it will be in the top 5%. Its connectivity is expected to provide greater professional and social interaction for all citizens. In other words – build in fast data, build a community.

Most importantly, Grosvenor Estate will be at the forefront of the fourth industrial revolution. Their investment discloses a long-term perspective that other residential areas must look to adopt. Because, a building that isn’t kitted out with data connections offering full coverage, at the speeds not just of today, but of tomorrow, simply isn’t sufficient anymore.

More and more specifications for new builds and refurbishments include “baked-in” smart home. Whether that’s as simple as a few smart switches in the wall, or a full home system covering security, heating, entertainment, work and play, the one thing that can stop a smart home in its tracks is unreliable internet. Because without the internet, a smart home is just… well, dumb.

The demand among both residential and business users for high-speed, high capacity broadband is growing rapidly, with no signs of slowing down.

VXFIBER – digital infrastructure specialist – and their ‘Open Access’ model allows an approach that ensures full-fibre is as effective as possible while providing the most benefits for all participants in the area. Open Access allows multiple Service Providers to offer a variety of products and services direct to the subscriber via a self-provisioning web-based portal.

For the housebuilder or landlord, this means the only choice is whether to install and own the fibre or not – there is no need to choose service provider. For residents, the model offers real freedom of choice – they can switch providers without barriers instantly, try new services as they are developed, and enjoy greater transparency into the cost and quality of Service Provider’s offerings. Real estate owners meanwhile benefit from an increase in marketability, an increase in rents, an increase in property value and direct revenue from fibre assets.

This open access approach has already proven itself beyond the UK – it has played a big part in VXFIBER’s native Sweden’s accelerated growth in fibre, with 70% of homes and businesses now with access to full fibre – of which 60% are fully connected.

So, as more and more areas of the UK are redeveloped and regenerated, it’s important to be able to offer residents the type of “mod cons” of today that are fast turning into the essentials of tomorrow, – which makes a tangible difference to the value of the finished property, as well as the happiness of those who make it their home.