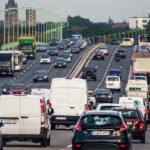 Rico Wojtulewicz, Head of Housing and Planning Policy at the HBA, examines how infrastructure can be made to work for communities.

The infrastructure debate makes the housebuilding industry shudder. Builders cannot understand why they keep paying so much for it, communities reject housing because they don’t see enough of it and councils cannot provide it quickly enough.

These welcomed changes will help make more coherent arguments for infrastructure but do not make the required link between infrastructure, housing and community. Infrastructure is about more than roads, schools, transport and amenities and not enough appreciation is given to its economic impact. It was therefore pleasing that the Institution of Civil Engineers (ICE) tackled this in their ‘State of the Nation 2019’ report.

The report recommends the creation of sub-national infrastructure bodies, housing to be included alongside economic infrastructure, stronger compulsory purchase rules, an extension of the HIF, a future homes standard and commitment to a Strategic Infrastructure Tariff (SIT).

These proposals are welcomed, however, if used reactively on failed place-making, rather than as part of a strategic community vision, we are papering over the cracks.

The priority must be to ensure that sites within existing communities are immediately enabled in local plans, therefore permitting more time for larger, difficult to deliver sites to see infrastructure ambitions identified and started.

For example, small sites within existing communities typically ‘attract investment’, such as extensions to doctor’s surgeries, whereas large sites outside them, ‘require it’.

At the moment this isn’t happening often enough and local plans are focussed on large sites or even garden communities, miles away from established infrastructure.

The HIF is correcting some of those wrongs but it is also exposing why the current system is failing.

With the new rules on developer contribution transparency now in play, councils need to make sure they’re making infrastructure work for their communities and not simply to meet housing targets.

Image by Thomas B. from Pixabay