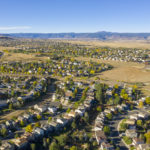 The green belt should curtail urban sprawl, not development, says Rico Wojtulewicz, Head of Housing and Planning Policy at the House Builders Association.

The unhelpful discussion around the greenbelt confuses the development process and ignores some of the valuable changes we must make if we’re to tackle the housing crisis. From disused petrol stations and land littered with scrap metal, to scrubland and runways, the greenbelt isn’t always the green space we expect.

The greenbelt is a specific area, set up to protect some of our major cities from urban sprawl. Most of it surrounds London, Manchester, Birmingham, Liverpool, Newcastle, Nottingham and Bristol, but many other areas see green protected status by way of open space, agricultural land, national parks and areas of outstanding natural beauty (AONB), to name a few.
Urban sprawl

The National Planning Policy Framework (NPPF) allows planning authorities to set their own ‘belt of green’ and curb urban expansion. Yet in practice, this subjective process repeatedly curtails development in our villages, towns and cities and has nothing to do with urban sprawl.

One example of this is East and West Sussex, two counties stuck between the South Downs National Park and the English Channel, where protected spaces govern supply. In Brighton, a lack of flexibility to reclassify green spaces bordering the National Park has limited the universities building on campus. Consequently many students, who typically pay per room, have moved to the city, taking many of the larger homes more suited for families. To meet housing targets, the planning authority has turned to high rise flats.

Examples of poor ‘green belt’ classification are commonplace and remain a huge barrier in solving the housing crisis. If councils really want to build the right homes in the right places they need to be honest about what the ‘green belt’ is and what it is not.

Defending against urban sprawl is not about opposition, it’s about good planning.