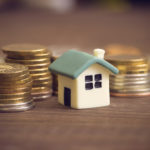 Richard Janes, Director at Development Savills Cambridge explains how a joined up vision is key to unlocking potential of Oxford-Cambridge Arc.

The arc between Oxford and Cambridge has long been touted as the area with the greatest growth potential outside London. Bookended by two leading university clusters, and containing a concentration of high value employment, it has an agglomeration of assets not found anywhere else in the country.

But if the vision of delivering one million new homes and 1.1 million new jobs by 2050 is to be achieved there are some serious challenges that need to be addressed.

The National Infrastructure Commission found that the main risk to success is a ‘lack of sufficient and suitable housing’ and without a joined-up plan for housing, employment and infrastructure the corridor will be left behind by its UK competitors.

Savills latest research – The Oxford-Cambridge Innovation Arc – looks at some of these issues in more detail.

If the one million new homes target is to be reached then delivery needs to rise by 13,000 homes annually against what is currently being planned for – an additional 47% of the current delivery rate. This would mean building at a rate of 3.1% of the corridor’s 2018 stock every year, a level not currently being achieved anywhere in England.

A key challenge will be combining the localism embedded in the National Planning Policy Framework with a strategic, joined up vision for the whole corridor. 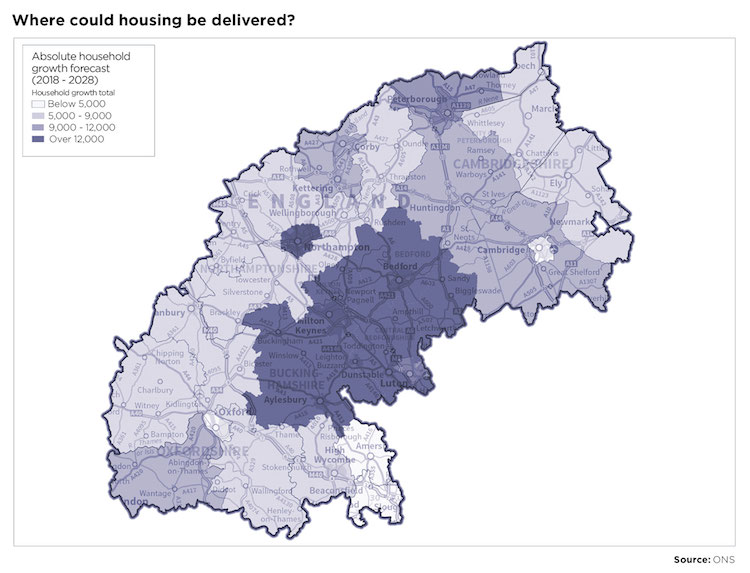 Re-examining the role of the Green Belt, particularly around Oxford, Cambridge and the southern fringe of the arc, will form part of wider spatial planning, but what’s needed is a coordinated response across the area’s 26 district and unitary authorities, four county councils and one combined authority.

The greatest potential for delivery is the middle of the arc, where land is less constrained, and the intersections of old infrastructure have the greatest impact on connectivity.

Areas such as Milton Keynes and Bedford already have the highest forecast household growth – they are also the more affordable markets with land values that are able to support the diversity of mix and tenure needed.

Land with capacity for 680,000 homes – equivalent to over 23,000 hectares – also still needs to be identified. And while the four new garden villages within the arc will support delivery, these will not provide the silver bullet necessary to increase delivery to the level needed.

The rate at which houses can be sold, market absorption, is another challenge. Innovative approaches will be required and developers will need to provide a range of housing type tenures.

The problem is particularly acute in both Oxford and Cambridge, where the proportion of people able to access home ownership is so limited that the private rented sector now accounts for over 30% of all households (compared to 18% across the arc as a whole).

One solution is for city authorities to continue to work with more affordable surrounding areas to accommodate their overspill, while a second may be for more schemes to deliver homes for specific needs – such as the partnership between L&G and Oxford University providing discounted homes for university staff on university land.

0 0 0 0
Previous : Lovell Partnerships and Latimer announce a strategic joint venture in the North West
Next : 2019 Home Registrations Highest Since 2007