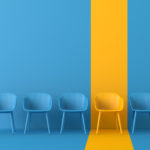 “One of the clearest signs of an industry recovering from hardship is its companies beginning to hire new staff once again, and the latest ONS data about UK construction shows that there are now more job vacancies in the sector than there have been at any point in the last 20 years.

“Between March and May, there were 35,000 positions available, which is a rise of 6,000 from the previous period and the highest figure since records began in 2001.

“This is fantastic news as it shows that construction businesses are optimistic for the future and confident enough financially to take on new employees.

“Such confidence may be inspired by increases in the number of hours worked by construction staff, with the average now standing at 34.7, having risen continuously since the start of the year.

“Earnings have therefore risen accordingly and between February and March, average weekly takings jumped by £33 to £675.

“All of this points to a positive outlook for the construction industry and we can look forward to a bright summer.”