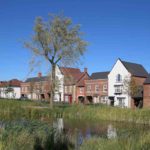 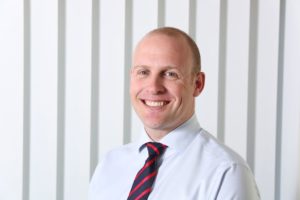 Davidsons Homes’ South Midlands division is celebrating its second anniversary, after another 12 months of growth and success.

In the last year, the Blisworth-based housebuilder has seen the completion of its Dukes Meadow development in Banbury, has welcomed the first residents to Diamond Heights in Irthlingborough and has started work on the highly anticipated Sanders Fields development in Rushden and Woodlands Rest in Meppershall.

The developer has also continued to build new homes in the village of Hanslope near Milton Keynes and at Houlton in Rugby.

Established in January 2019, Davidsons Homes South Midlands was formed as part of the expansion of Leicestershire-based Davidsons Homes. Since its launch, the region has seen continued success, with over 260 new homes brought to the area.

“Last year we saw the successful completion of our Dukes Meadow development in Banbury and have started work on Sanders Fields in Rushden, which is set to bring 80 new homes to the town, and Woodlands Rest in Meppershall, which will see 145 new homes brought to the village.

“We have also begun welcoming new residents to Diamond Heights in Irthlingborough and have continued growing new communities at The Wheatfields in Hanslope as well as in the new village of Houlton in Rugby.

“We have also recently begun work on our next phase of homes in Houlton, where we have been building since 2016.

“Despite construction work pausing at the sites at the start of the pandemic in March, thanks to the hard work of our construction and sales teams, subcontractors and suppliers we were able to welcome 138 new residents into their new homes across the South Midlands in 2020.

“It’s wonderful to be a part of such a dedicated team of colleagues, all of whom I would like to thank for their hard work over the last year.”

0 0 0 0
Previous : New research report reveals the extent of the skills shortage in the Construction Industry amidst COVID-19
Next : Gleeson to bring 237 affordable, quality homes to Louth, Lincolnshire