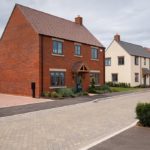 Hayfield Green in the picturesque West Oxfordshire village of Stanton Harcourt is now over 70 per cent sold. Since the easing of lockdown, the sales rate at the luxury development has soared, with a number of buyers coming from nearby RAF bases and Science Parks.

The mix of 66 traditional brick, stone and render family houses and bungalows are set amongst 21-acres of landscaped open space. Prices range from £450,000 to £725,000 with a collection of newly released two, three, four and five-bedroom homes currently available. There are two show homes open daily; a four-bedroom Hallow house and a two-bedroom Cotheridge bungalow.

The site was an active airfield during WWII and is notable for having been a departure point for Winston Churchill for the pivotal Casablanca Conference. It was also a starting point for a bomber raid on the German battleship Scharnhorst. The restoration of the air raid and blast shelters, Guard House and original Water Tower were part of the first phase of the Hayfield Green development, which is now complete. Hayfield is currently in the process of sensitively refurbishing the Bomber Training Building and Crew Lockers, as well as installing a heritage trail, which will incorporate the airfield runway and immortalise the history for generations to come. 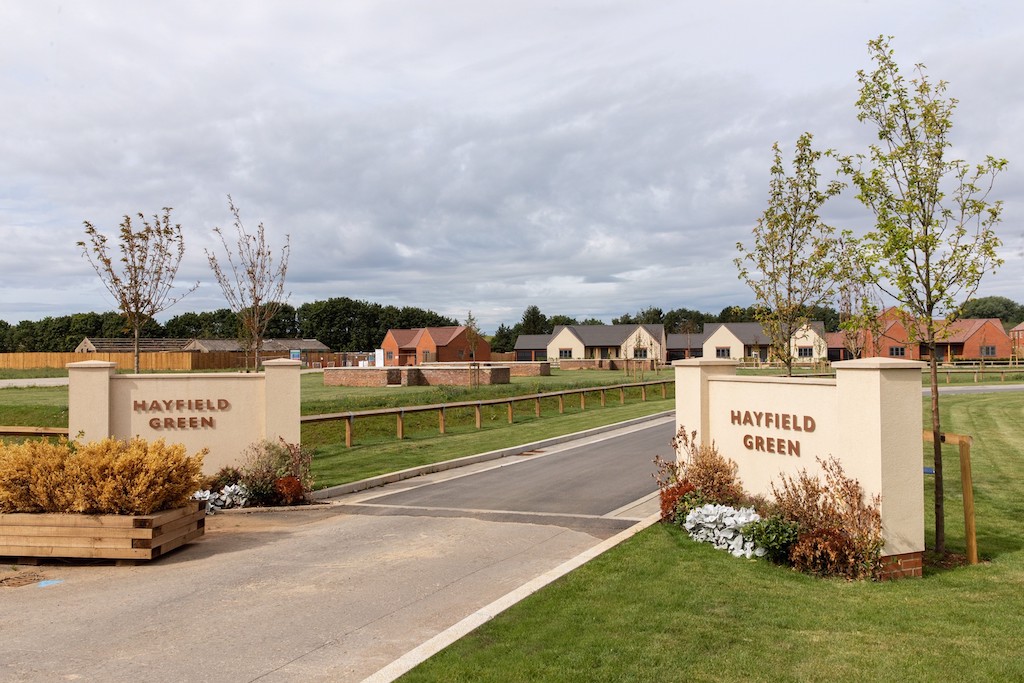 Kelly Sharman, Sales and Marketing Director for Hayfield said: “This special development only launched to the market last autumn, so we are thrilled to be over 70 per cent sold before the summer is out. While adhering to our strict Covid-19 Safe Operating Procedure, we have been conducting a number of viewings for Officers based at nearby RAF Brize Norton. Research Scientists who are relocating out of London and Yorkshire to work at one of Oxfordshire’s many Science Parks are also voting with their feet and choosing to live at Hayfield Green.

“We currently have a range of family houses and bungalows available, but the selection is reducing by the week, as people snap up their preferred plot. With the scheme selling so quickly, we would urge anyone who is interested to make their way to Stanton Harcourt and see for themselves why this quintessential Oxfordshire village is proving so popular.”

Hayfield’s exclusive discount schemes for Key Workers and Armed Forces personnel have provided additional reasons for people to choose to buy at this development. The Government’s Forces Help to Buy initiative is also available to help Armed Forces Personnel raise deposit funds, while Part-Exchange or the regular Help-to-Buy initiative are offered to all eligible buyers – until the scheme rules change in April 2021.

Just beyond the boundary of the 21-acre site, Stanton Harcourt Cricket Club and the award-winning Harcourt Arms pub and Harcourt Stores are focal points for village life. The picturesque village also benefits from a plethora of outstanding Grade I and Grade II Listed buildings and an Ofsted Outstanding-rated Primary School.