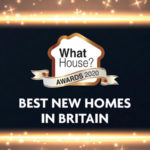 Places for People has scooped a total of six wins in this year’s WhatHouse? Awards, achieving more awards than any other housebuilder. These coveted prizes, which are in their 40th year, are well-known in the industry as some of the most impressive accolades.

The ‘digital’ host for this year’s event was comedian Romesh Ranganathan, who bought a great sense of entertainment to the ceremony, whilst paying tribute to the difficult year that has touched everyone during the coronavirus pandemic.

David Cowans, Chief Executive of Places for People, said: “The WhatHouse? Awards have been a symbol of prestige and excellence for the last 40 years. Attracting competition from across the country, these awards recognise developers nationwide so we are honoured to have been so highly regarded for our work. I would like to thank each and every member of the team at Places for People, without them we would not be the company we are today.”

Places for People’s most notable victory was achieving the silver award for Best Large Housebuilder. Impressing the judges with its commitment to building energy-efficient homes and the launch of Innovation Lab – a unique initiative enabling the group to identify pioneering technologies that will enhance the way it builds homes. Also standing out for its investment in customer service and how the Group streamlines the home buying process for customers.

Winning silver for Best Regeneration Scheme at Port Loop in Birmingham, WhatHouse? particularly liked the exciting new community which is taking shape on a formerly redundant urban island, encircled by Birmingham Canal’s Old Main and New Main Line. This scheme is a joint venture with Urban Splash, alongside Birmingham City Council and Canal and River Trust, together they are regenerating the 43-acre waterside scheme and creating new homes, workspaces, parks and community facilities. The judges were also impressed by a manifesto, created by the joint-venture, on how Port Loop seeks to act as a blueprint for future development, challenging the existing standards surrounding how people live.

Tornagrain near Inverness, scooped a silver and bronze award, getting noticed for Best Exterior and Best House respectively. This boutique housing development, comprising just 66 homes, is proving to be in demand in this area. Judges were struck by the careful attention to traditional detailing which gives these homes a sense of timeless quality. Noted also for modern country living with high-quality finishes, items such as stylish Belfast sinks and the wood-burning stoves made this development stand out from the crowd.

Also in Scotland, Places for People achieved a bronze award for its Waterfront Avenue Townhouses at 55 Degrees North in Edinburgh. This scheme of 101 modern homes has been created with a local architect and provides attractive housing around a central square. The properties were noted for their clever use of light and the design, creating homes that are flooded with daylight and have the added bonus of additional space throughout.

In Milton Keynes, Brooklands was awarded bronze for Best Public Realm. Brooklands Square sits at the heart of this development and has been designed to stand the test of time. Providing a bustling, mixed-use centre which features new homes, complemented by an extensive array of facilities for the residents and local community.