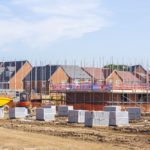 Statistics from the NHBC, relating to Q1 registrations, indicate moderate growth in the new homes market – supported by rises in the affordable and rental sectors.

The number of new homes registered by the UK’s housebuilders and developers in the first three months of the year reached more than 37,500 – a 3% increase on the same period in 2018.

37,672 new homes were registered to be built in Q1 2019, compared to 36,508 in the same period last year. However, the growth came mainly on the back of the affordable and rental sector where the organisation reported a rise of 36% in registrations. The private sector was down by 6%.

The NHBC believes that the overall increase is partly due to the low levels seen in the corresponding period 12 months ago, when the ‘Beast from the East’ caused severe disruption.

Commenting on the new figures, NHBC Chief Executive Steve Wood said: “We are pleased to report good numbers for the start of the year, although we do need to bear in mind the situation 12 months ago when freezing conditions caused major hold-ups in registrations as well as build-rates across the bulk of the UK.

“Although Brexit uncertainties are impacting consumer confidence and causing some dampening of new-build and second-hand sale markets, housing remains an attractive asset class for inward investors, which does cause us to be more optimistic about Build to rent.”

At a regional level London saw a 58% increase compared to Q1 2018, which the NHBC attributed to a boosted in the number of large schemes being registered at the start of this year.

NHBC is the leading warranty and insurance provider for new homes in the UK, with its statistics reflecting around 80% of the new homes market.