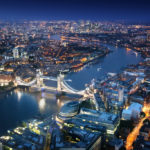 Data from planning applications in every part of the capital has been brought together in one easy-to-use online tool by the Mayor of London, Sadiq Khan.

The Planning London Datahub online tool brings together planning applications from all 33 London local authorities in one place and makes it easily searchable for all users, including members of the public.

This innovative online tool will make a range of data available and accessible, including the status of the application as well as key information such as floorspace, infrastructure requirements and energy needs.

The Datahub will help speed up the planning system and enable local authorities to monitor the impact of planning policies, as well as allowing infrastructure providers to plan more effectively and reduce costs.

It is also expected the tool will help Transport for London – which has itself led the way in making substantial amounts of its data open and accessible – plan to build capacity in the future, along with other organisations such as schools and hospital trusts.

The dataset will also allow environmental experts to track the impact of key policies (such as to reduce carbon emissions).

By combining data on all proposals within the Greater London Authority area, the Mayor is delivering one of the his manifesto commitments on open data.

Making data open in this way is also aimed at increasing public engagement – not just with planning applications in their local areas, but in understanding how authorities and the Mayor are using the planning system to make the city a better place to live and work, including delivering more affordable housing.

Deputy Mayor for Planning, Regeneration and Skills, Jules Pipe, said: “This is an important milestone which marks a major shift in openness and accountability in the capital’s planning system.

“This datahub is the first of its kind in the UK and we’re confident that a wide range of users – from local authorities and developers to environmental experts and members of the public.

“Clearly, the planning system works best when everyone – especially the public – is involved and engaged. But for too long the planning system has seemed complex and inaccessible to members of the public and so we believe this new tool will play a key in role in opening up this important part of civic life.”

Director of Spatial Planning at Transport for London, Lucinda Turner, said: “Open data is increasingly helping organisations and local communities have better access to information and plays a key role in ensuring transparency and accountability.

“This new tool will help make it easier for communities across London to understand the processes that may affect them, helping them engage and plan for the future.”

Programme Director – Planning and Development at London First, Sarah Bevan, said: “The Datahub has huge potential for local communities, planning authorities and developers alike, as it will make the whole planning process more accessible and transparent for all involved.

“Data-led innovations like this are a critical part of supporting London’s recovery from the pandemic, as they enable market trends to be monitored in real time and policies and interventions to be adapted to support the city’s renewal.”