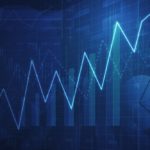 Market Monitor | Surveys, insight and analysis from the residential sector

PHPD rounds up the latest surveys, insight and analysis from the residential sector.

Commenting on the new home registrations statistics for 2018, NHBC Chief Executive Steve Wood said: “The full–year figures of nearly 160,000 new home registrations demonstrate the resilience of the UK house-building industry. 2018 has been a demanding year, with the extreme weather conditions in the early part and the continuing political and economic uncertainties, which are extending into 2019.” Find out more…

HMRC’s recently released Stamp Duty Land Tax (SDLT) statistics, indicate that Tax receipts for 2018 in England, Wales and Northern Ireland are down 8.5% on 2017 and amount to £8.669bn, according to analysis by residential property advisor LCP. It notes that transactions in England, Wales and Northern Ireland fell 2.6% from 2017 and now stand at 1,083,970.

Naomi Heaton, CEO of LCP commented: “The 2.6% fall in transactions reported in HMRC’s 2018 SDLT report reinforces the surfeit of statistics, showing buyers now holding back. The febrile political climate around the UK’s departure from the EU and stagnating prices, have brought ever growing uncertainty to the residential market, following several years of increased taxation”.

Confidence among developers is strong across the UK’s regional cities, as Deloitte’s latest crane surveys find that construction activity has hit record levels.

The Deloitte Real Estate Crane Survey series monitor construction activity in Belfast, Birmingham, Leeds and Manchester as well as Dublin. In 2018 each city saw a sustained or increased level of development across a range of sectors including offices, residential, hotels, retail, education and student housing.

Simon Bedford, Partner and Regional Head at Deloitte Real Estate, said: “To have construction figures this healthy is somewhat of a surprise given a myriad of market uncertainties. Developer confidence is a key indicator for economic health and to have this many significant construction starts over the last 12 months, especially in speculative office schemes, is testament to the resilience of the regions and appetite for growth.”

Institutional investment into the UK’s private rented sector (PRS) reached a record total of £3.1bn in 2018, up 33% from 2017 according to CBRE’s latest UK Residential Investment report.

According to the report, deal volumes in the three months to the end of December totaled £906.6 million, which was slightly lower than Q3 2018 levels but in line with the same period last year.

In addition to the £3.1bn worth of deals concluded at the end of 2018, CBRE estimates there is more than £800m of deals currently under offer and interest from both domestic and international investors is anticipated to increase.

Jason Hardman, Head of Residential Valuations at CBRE UK, commented: “The performance of the UK’s PRS market clearly illustrates the drive from investors to seek income from a secure and stable asset class. 2018 witnessed further landmark transactions both from a structuring, platform and location perspective. Innovation in PRS also came to the fore with major operators investing considerably to enhance the over tenant service. Going forward in 2019, we can only see these trends continuing and expect the volume of capital committed to grow at a faster pace.”

In Scotland, Industry body Homes for Scotland has questioned the focus of official planning performance statistics, the latest of which report an average of 37 weeks being taken to decide major housing applications.

Issuing a plea for a more meaningful and inclusive approach to measuring the effectiveness of the country’s planning system, Homes for Scotland Director of Planning Tammy Swift-Adams said: “Legislation sets a target of 16 weeks for decisions to be made on planning applications for major housing developments – proposals which have the potential to ease the housing crisis. These statistics show, but the publication doesn’t openly acknowledge, that the average time taken to make those decisions is more than double what it should be.”