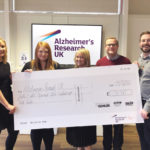 Gloucestershire-based Kohler Mira has entered the new decade on a high, by donating £58,330 to the UK’s leading dementia research charity, Alzheimer’s Research UK, with Mira’s Directors presenting the cheque at a ceremony this week.

Over the course of 2019, the company pushed fundraising campaigns sky-high, working tirelessly to raise as many funds as possible for the worthy cause. The charitable events ranged from collecting £1 coins in Smartie tubes, to team beard-dying challenges, bake sales, tombola’s, raffles, car washing and fancy-dress days. Proving the team are a good sport, football tournaments, rounders matches and a static bike ride also took place, with seven employees embarking on a cycle from Cheltenham to Paris, eight joining the charity’s “Running Down Dementia” event to run the equivalent of 37 marathons across three months, and two individuals taking on the climb to Everest Base Camp. 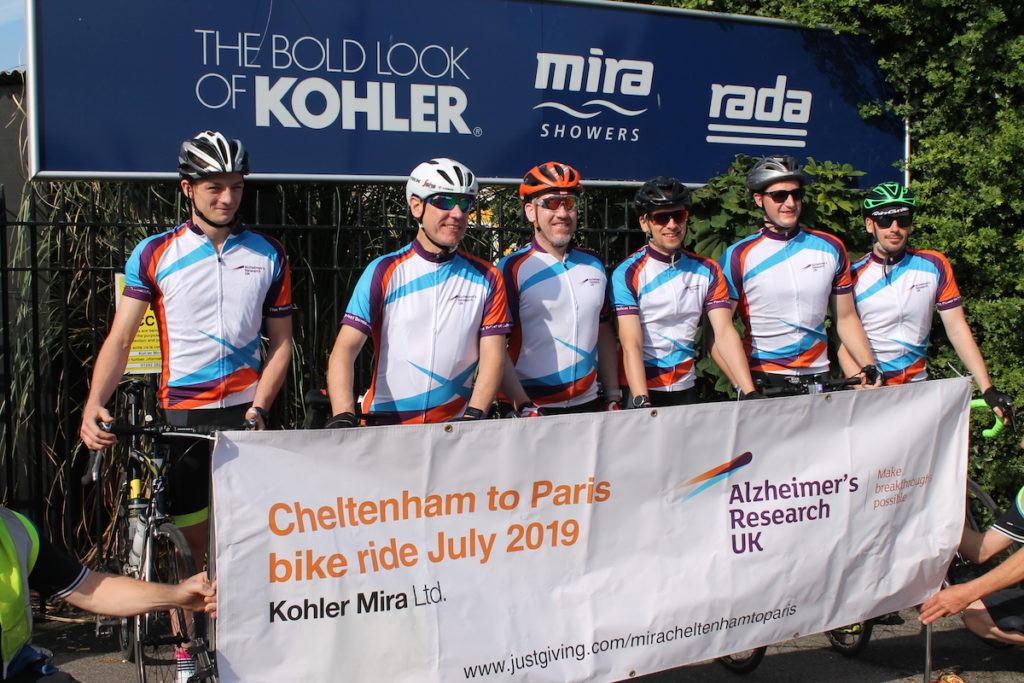 This year-long determination has raised vital funds for Alzheimer’s Research UK, a charity that funds a broad range of research projects to understand dementia, and progress towards future treatment and prevention of the disease’s, most commonly Alzheimer’s, that cause it.

Craig Baker, Managing Director at Kohler Mira, commented: “It brings us great joy to contribute to Alzheimer’s Research UK’s crucial research, a charity close to many hearts here at Kohler Mira. Year-on-year, we continue to keep charity at the very heart of our company ethos, and I’d like to congratulate the team on their monumental efforts this year!”

Katy Abraham-Hall, Corporate Partnerships Manager at Alzheimer’s Research UK, said: “We’d like to say a huge thank you to everyone at Kohler Mira who has helped raised funds for life-changing dementia research. One in three people born today will develop dementia in their lifetime, without effective preventions and treatments. But thanks to support of companies like Kohler Mira, will be able to make breakthroughs possible.”

For their 2020 charitable partnership, Kohler Mira’s will be working with Sue Ryder, a British palliative care and bereavement support charity. Announced this Wednesday, plans are already underway to make the upcoming year of fundraising the best yet.