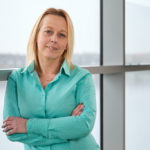 Top ten national homebuilder Keepmoat Homes has signed an Armed Forces Covenant in a virtual ceremony – it is a commitment from the Doncaster-based company to support former and current serving military personnel in the workplace.

The Armed Forces Covenant was signed with the Head of Reserve, Commodore Martin Quinns and commits Keepmoat Homes to supporting all those who serve in the Royal Naval, the Army and the Royal Air Force, whether Regular or Reserve, those who have served in the past, and their families.

The Covenant details an agreement that no member of the Armed Forces community should face disadvantage in the provision of public and commercial services compared to any other citizen, and consideration that in some circumstances special treatment may be appropriate.

The agreement includes a clause in which Keepmoat Homes has agreed to provide service leavers with work placement experience with the intention of assisting them in gaining future employment upon completion, or when a vacancy becomes available, supporting the employment of veterans and recognising military skills and qualifications in their recruitment and selection processes, while working with the Career Transition Partnership to support the employment of service leavers.

The national housebuilder has also committed to supporting employees who choose to become members of the Reserve Forces by providing additional leave to support their training and deployment, as well as offering flexibility in granting leave for, and supporting the employment of, Service spouses and partners by signing up to the Force Families Job Site.

Commodore Martin Quinn, Head of Reserves in the Ministry of Defence, said: “The Armed Forces Covenant is a commitment that those who serve, and who have served, and their families are treated fairly and are never disadvantaged in their lives because of military service.

“The support of employers is vital and making a public pledge of support makes a statement to the Armed Forces community that they are valued by society, and it encourages other organisations to do the same.

“Employers can reap real rewards from employing military personnel – the skills and training they bring to civilian employers includes nationally recognised business and technical qualifications, as well as leadership, teamworking and problem-solving skills proven in the most challenging of environments.

“I’d like to thank everyone at Keepmoat Homes for being supportive of the armed Forces community and, in particular, two of the pledges you have made. The first, your support to employees who have chosen to be members of the Reserve Forces, allowing an extra ten days of paid leave to support their training and deployment. And also providing service leavers with work placement experience with the intention of assisting them in gaining future employment within Keepmoat.

“On behalf of the Chief of the Defence Staff and everybody here at the Ministry of Defence, I thank you and your colleagues at Keepmoat Homes for signing the Armed Forces Covenant.”

Charlotte Goode (pictured), Regional Managing Director at Keepmoat Homes, said: “As a Forces child, who spent 10 years at a military boarding school and whose father served 22 years in the Royal Signals and whose brother-in-law recently left the RAF after 23 years, I have seen first-hand the struggles that military personnel often encounter on leaving the Forces in terms of finding work in the UK, career direction and adjusting to civilian life.

“Ex-Forces personnel are hugely skilled and exhibit the key attributes that we are looking for in new starters. They are exceptionally well trained in their military discipline, show resilience to succeed, are loyal to their cause, know how to communicate effectively, show integrity and work collaboratively.

“I am incredibly proud of my father and brother-in-law, and I am delighted to be able to support Keepmoat’s holistic recruitment strategy in providing ex-Forces personnel opportunities to receive in-house training, coaching and mentoring programmes along with access to professional qualifications.

“Through the signing of the Armed Forces Covenant, Keepmoat can offer families such as my own, a future in a truly rewarding sector.”

Tim Beale, Chief Executive Officer at Keepmoat Homes, said: “We’re delighted and honoured to have signed the Armed Forces Covenant and to become publicly recognised as an Armed Forces-friendly organisation.

“Our commitment to employing and supporting those who serve or who have served in the Armed Forces aligns perfectly with our own commitment to being an equal opportunities employer, creating an atmosphere to support our staff, help them grow and provide opportunities to forge a rewarding career.”

0 0 0 0
Previous : Forest Hill development on track to be completed by next spring
Next : Forticrete | Stone free