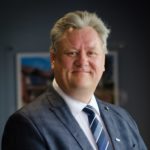 PHPD runs through some recent comings-and-goings across the housebuilding and building materials sectors.

Professor Alan Penn has been appointed to the role of Chief Scientific Adviser at the Ministry of Housing, Communities and Local Government. Professor Penn is Professor in Architectural and Urban Computing at UCL and due to step down as Dean of the Bartlett Faculty of the Built Environment.

In this role Professor Penn will offer advice to the ministry, including to the Building Safety Programme. Professor Alan Penn said: “There has never been a more important time at which to bring evidence and analysis to inform the decisions that government must make as we work to decarbonise and build safe, thriving and inclusive communities. I am really looking forward to taking on the role of Chief Scientific Adviser at MHCLG and helping to bring this about.”

A familiar face has returned to take on the role of Commercial Director at Jones Homes’ Lancashire division. Steve Speight has embarked upon his second spell with the privately-owned housebuilder, where he previously worked between 1996 and 2011.

The 52-year-old brings with him more than three decades of experience in the housebuilding industry. Steve said: “I am delighted to be back at Jones Homes, the company for whom I enjoyed working for the core part of my career. Jones Homes has always proved to be a stalwart of the industry even in challenging times, boasts an excellent product and has a fantastic working environment, so when the opportunity arose to make a return it was one I simply could not pass up.”

Joe Milkins has been appointed as Specification Sales Manager for Geberit in the South West. In his new role, Joe will be responsible for building relationships with architects and developers.

Prior to joining Geberit, Joe spent the past nine years in the building and construction industry, most recently as National Sales Manager for Estimators Online. The news follows a number of recent product announcements from Geberit, including flush plates and an upgraded bathroom range, alongside a new white paper outlining the pioneering ‘The Science Behind The Sensory Space’ campaign.

Scott Cairns has announced that he will be stepping down from his role as Group Managing Director for James Donaldson & Sons, effective July 2020. As the first ever non-family member to lead the group, Scott’s tenure has seen the 160-year-old family business double in turnover to almost £200M, with several consecutive years of record profitability up to the present day.

Scott has served as Group MD for the past eight years.  Scott said: “I am proud to have played a part in the guiding, growing and development of our Group of Companies over my tenure at JDS. The business is in fantastic shape and will continue to grow via organic and acquisitive means. During 2020 it will be the next generation of the family that will develop this special business and lead a truly talented workforce, one which individually and collectively puts our customers at the core of everything we do.”

Andrew Donaldson will succeed Scott as the new Group MD.

Jeremy English, Great Britain and Ireland Manufacturing Sales Director for Södra, has been appointed to the board of the Structural Timber Association (STA).

Jeremy English commented: “I am delighted to be on the STA board and to be a part of an organisation who shares the same values and objectives as Södra. We believe timber can help overcome many of the UK’s construction challenges, from meeting housing needs to fast and efficient delivery of buildings. We are committed to the UK timber industry and being active members of the STA helps us to live out that commitment.”

Vaillant has unveiled a new specification team designed to provide dedicated support to architects, consultants, developers and main contractors in London and the South East.

Offering in-depth design and specification expertise, the team will be on hand to provide stakeholders in the region with resources for the development and implementation of industrial, commercial, domestic and renewable systems. Leading the initiative is business development director Chris Goss, a specification expert with a decade’s worth of experience at Vaillant. Joining him are two new additions to the business; Rob Arkle and Peter Spurway.

Commenting on the team, Chris said: “This is a completely new initiative for Vaillant, and one which we believe will offer a whole new level of service to stakeholders across London and the South East.”