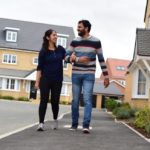 The New Homes Quality Board (NHQB), a new independent body that will champion quality new homes and better consumer outcomes for buyers, has officially been launched.

The Board, chaired by Natalie Elphicke MP OBE, will over the coming months oversee the consultation on and introduction of a comprehensive new industry code of practice that will place considerably more responsibility on developers to deliver quality homes and better consumer outcomes on all; and the appointment of a New Homes Ombudsman Service (NHOS) that once operational, will provide much needed support for buyers in the event of a dispute.

Its permanently-appointed board members include representatives from consumer bodies, housebuilders, warranty providers, the finance sector and independents – with a constitution that ensures no one body is dominant.

The new arrangements will plug the gaps in existing protections and aim to deliver consistently high-quality homes and considerably stronger consumer protections. Access to the NHOS will be free to consumers. All of the new arrangements will be paid for by the house building industry, likely with an annual registration fee and levy based on volumes, with an additional fee for certain referrals to the NHOS.

Speaking today, NHQB chair Natalie Elphicke MP said; “The new arrangements will lead to a step change in how new homes are built and sold and how customers are treated. The board is committed to driving new build quality and strengthening protections for buyers. A new home is the most important purchase most of us make and it is essential that buyers have confidence in both the product and the processes in place to support them. I would like to thank the industry for its support as we have developed our plans and I firmly believe that ultimately the new arrangements will lead to significant benefits for both consumers and developers.”

Housing Secretary Rt Hon Robert Jenrick said: “I am delighted to support this new body which will champion good quality homes and give much needed peace of mind for homebuyers with a strong regulator to help them if things go wrong.”

Minister for Rough Sleeping and Housing Eddie Hughes MP said: “It’s crucial developers show more responsibility for the quality of their work while also acknowledging when things go wrong – this helps give vital confidence to buyers, especially at a time of general uncertainty.

“I welcome today’s launch of the New Homes Quality Board and its work to put a new Ombudsman in place and look forward to working closely with them to ensure the house building industry is delivering new homes of the highest possible quality.”

Stewart Baseley, executive chairman of the Home Builders Federation said; “The industry is absolutely committed to putting measures in place to help deliver consistently high-quality new homes and effective redress for buyers. Recent years have seen significant improvements made in build quality and customer service and we are determined to go further. Today’s announcement is the next step in a process HBF started some years ago involving a broad range of stakeholders. The proposed arrangements will present the industry with some challenges but will, I believe, ultimately prove of considerable benefit to builders and customers alike.”

Essential to the new arrangements will be a single new code of practice – the New Homes Code. The Code’s principles-based approach will place considerably more demands on builders from the sales process through to two years from when buyers move into their new home. It will require developers to have effective complaints procedures in place, with specified timelines within which they have to address any issues that arise with a new home to the consumer’s satisfaction or be potentially subject to a referral to the NHOS.  A consultation process on the Code is currently underway with stakeholders.

The NHQB is working closely with the Ombudsman Association, the independent body that validates ombudsman schemes, on the process to appoint a NHOS. A detailed application setting out the basis of the proposal was submitted to the Ombudsman Association’s Validation Committee in the autumn and work is now focused on developing the tender and appointment process.

The intention is to continue to work with the UK Government and the devolved administrations, consult on and finalise the Code and appoint a NHOS in the coming months and have the new arrangements operational later this year. Once established there will be a transition period during which developers will be required to sign up to the new arrangement and so be subject to the requirements of the New Homes Code and the jurisdiction of the NHOS.

The launch today follows over four years of work involving a broad range of industry and political stakeholders following the publication of the ‘All Party Parliamentary Group for Excellence in the Built Environment’ (APPGEBE) report ‘more homes fewer complaints’ in 2016, which put setting up a NHOS as its number one recommendation; (as did the same group’s subsequent 2018 report ‘Better redress for homebuyers’ under the chairmanship of Eddie Hughes.)

Led initially by the Homes Builders Federation, the work was taken over by Natalie Elphicke following her appointment as the independent ‘new homes quality champion’ in the Summer of 2019. This led to the establishment of an interim board in May of last year, before the NHQB was officially constituted in January.

The ambition is to introduce the new arrangements on a UK wide basis. The NHQB has kept Ministers and officials at MHCLG and the devolved administrations updated on progress with a view to ensuring proposals are in line with expectations and the spirit of what is ultimately set out in the Building Safety Bill.