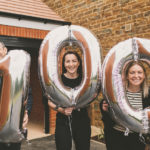 Solihull-headquartered Hayfield has handed over the keys for the 100th house it has completed on, equating to a revenue figure of £33million. Since construction work commenced on its first development in October 2017, the company has also scooped four national awards.

Hayfield is also making preparations for the start-on-site at Hayfield Green in Stanton Harcourt, Oxfordshire, which will bring new life to a former disused RAF WWII airfield that is steeped in rich history. 66 homes will be developed at the 20-acre site, which will incorporate a mix of new build and refurbished properties. 26 of the homes are being delivered for Cottsway Housing.

Mark Booth, Managing Director of Hayfield said: “Reaching our 100th completion is a major milestone for Hayfield. We have got to this point quicker than we originally anticipated because several our schemes have been selling ahead of the build programme. We set out to make a name for ourselves by building family homes of the highest quality, with a customer-orientated sales and aftercare service. Our sales record confirms that this approach is resonating in the marketplace and also with the industry at large.”

Hayfield has won two coveted Pride in the Job NHBC Awards for its Tiddington and Great Bourton schemes. It was recognised as one of the Best Small Housebuilders in the 2018 WhatHouse? Awards and has recently scooped the prize for Best Family Home under £750,000 at the Evening Standard New Homes Awards 2019.

Mark Booth continued: “We are now gearing up for a period of rapid expansion, not just in the counties that we are currently operating in – Warwickshire, Oxfordshire and Worcestershire. We will be bringing a number of new sites to the market in Bedfordshire, which offers all the attributes we look for when acquiring land. Over the next 12 months we anticipate delivering around 200 luxury homes.”

0 0 0 0
Previous : Ibstock and Miller Homes to make a difference in Malawi
Next : Bellway to build 123 homes in Devizes