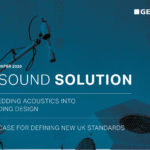 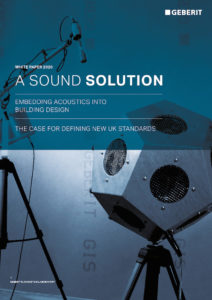 Bathroom designer and manufacturer Geberit is calling for a radical rethink of UK regulations around acoustics in buildings, as it publishes a new White Paper aimed at highlighting the impact of unwanted noise in the home and the link to wellbeing.

The unique publication (A Sound Solution) follows research by Geberit which found that more than half of UK respondents said that they were affected by unwanted noise in their home, with 35% specifically citing this as affecting their sleep. The YouGov survey of more than 2,000 adults across the UK also highlighted that more than a third (38%) are more affected by noises inside the home, such as electrical appliances, bathroom noise or central heating systems, than traffic from outside.

Now, the manufacturer is calling for the UK to revisit acoustic standards and outline maximum sound pressure figures, as is currently the case in Germany. The paper also highlights the growing impact of what it describes as “unwanted noise in the home”, recognising that current regulations in the UK are vague and calling for clearer guidelines and a defined approach to testing. 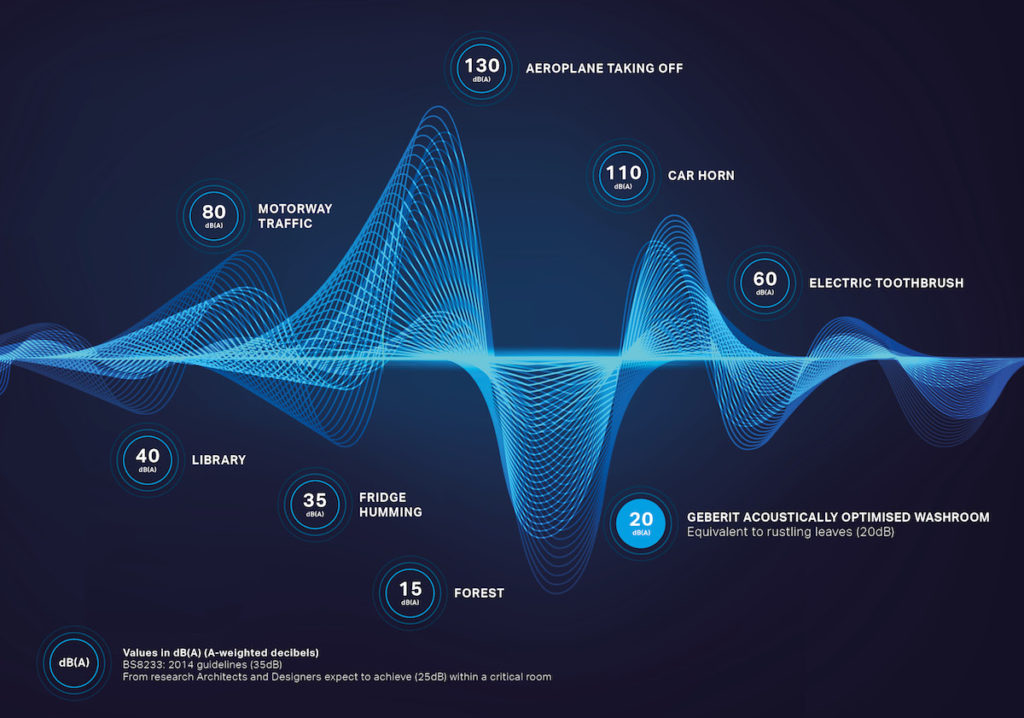 Sophie Weston, Channel Marketing Manager for Specification and Developers at Geberit said: “Developers are increasingly aware of the need to mitigate the impact of external noise such as road, rail and air traffic. Yet, there is an argument that this increased external sound insulation has actually amplified noise within the home, highlighting internal noises more than ever before. And our research clearly shows the affect this is having on wellbeing.

“Current regulations around the control of noise in buildings are far too vague and there is very little clarification within the relevant UK regulations on what products should be used to achieve specific sound pressures, particularly when it comes to waste water and bathroom noise. There is also no defined approach to testing and, therefore, no incentive for different specifiers across a single project to work together and undertake collaborative testing to ensure that they are achieving the best acoustic rating – just as is the case for heating or energy loss.

“It’s time for the UK to revisit standards, redefine product testing requirements and outline maximum sound pressure figures – thus enabling developers and the construction industry to work together to achieve better results for our end-users.”

The key findings from the survey highlighted that

More than half (51%) of respondents said that unwanted noise in their home had a negative impact on their wellbeing, with 35% citing that it specifically affected sleep
· Noises inside the home (35%) affects more people than traffic (25%)
· More than a quarter (28%) said they are regularly affected by bathroom sounds including the toilet flushing, drainage and pipes
· Almost a third (30%) have been disturbed by bathroom noise in a hotel in the last 18 months

0 0 0 0
Previous : Why you need to consider full-fibre infrastructure
Next : MPBA argues the case for modular