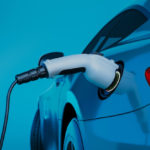 Eight in ten tradespeople own or want an electric vehicle

Over eight in ten tradespeople (83%) either own or would like to invest in an electric vehicle in the future, according to new research from Direct Line business insurance.

Of those who either own or want to purchase an electric vehicle, more than one in five (21%) would do so because of cost savings on fuel.

Only 15% say they want to switch to an electric vehicle because it is better for the environment.

Tradespeople are also optimistic about the availability of charging infrastructure, with over half (53%) expecting this to be commonplace within five years.

The survey also shows that tradespeople have some concerns about electric vehicles including limited driving ranges, upfront costs and the choice of models currently available.

Jonny McHugh, Van Business Manager at Direct Line, said: “Sustainability is becoming increasingly important to people – and businesses and the Government is responding. There is widespread recognition that electric vehicles have a critical role to play in reducing carbon emissions.

“It’s promising to see that tradespeople are leading the way, with our research showing that they’re more likely to own or are more willing to buy an electric vehicle in future. They are also more optimistic about their future and their potential to make a positive difference in the battle against the climate crisis.

“When making the switch to an electric vehicle, it’s important that tradespeople have the correct insurance arrangements in place. Our Van Insurance for electric vehicles allows tradespeople to use their electric van or pick-up for their business – for example, carrying own goods, tools, or equipment to different locations as part of the working day. They’ll also have peace of mind knowing that their electric van’s battery and charging cable are covered.”