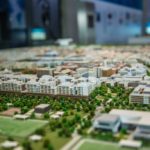 With the UK under rising pressure to meet its Net Zero pledge, Bureau Veritas is encouraging the construction industry to get up to speed on imminent changes to Part L – as it looks set to form an integral part of the government’s ambitious green planning ambitions.

Last October, the government unveiled the ‘Future Homes Standard’, which set out to cut carbon emissions by up to 80% for all new homes by 2025 – by replacing fossil fuel heating systems, such as gas boilers, with clean technology options such as air source pumps and solar panels1.

As part of this, the government has launched an open consultation, which closes later this month, on how Parts F and L of the Building Regulations can be upgraded to optimise energy efficiency in new homes2.

The first stage of the consultation concentrates on efficiency requirements for new homes in 2020, with the government’s preferred option to implement a 31% decrease in emissions. It is expected that this will be succeeded with the introduction of a net zero carbon status for new homes by 20253. In addition, similar standards are likely to come into force for commercial buildings later this year.

Andy Lowe, Director of Building Control at Bureau Veritas, comments: “As the full ramifications of climate change continue to be felt around the world, the UK government is under ever-greater pressure to meet its net zero obligations.

“At the heart of this will be taking significant and tangible action on reducing carbon emissions in UK buildings – which are certainly reflected in the upcoming changes to Part L detailing tighter thermal efficiency requirements for new houses and flats.

“Indeed achieving the government’s 31% decrease on Part L 2013 emissions will require a ‘fabric first’ approach, designing buildings for energy efficiency from the outset of planning. This will include considering aspects like better cavity wall installation, more airtight windows as well as installing renewable and low carbon electric technology to improve the sustainability credentials of a build.

“We estimate that the cost of meeting the 31% cut in emissions will be almost £5,000 per dwelling. In order to manage this cost effectively, the need to get up to speed on the Part L requirements should be at the top of the agenda for many construction industry professionals.”

Although the Part L consultation will be finalised in Spring 2020 and implemented in the succeeding months, Bureau Veritas is advising architects and developers of new and existing property schemes to take the time now to fully understand their obligations around transitional arrangements.

Andy adds: “Traditionally, housebuilders registering a plot would expect to adhere to the building regulations prevalent at the time of registration. However, under the new Part L requirements, the government is likely to stipulate a set time period – likely six-12 months – where unless developers begin construction within this timeframe, the project will have to meet the reigning building regulations. This change is likely to have a significant impact on the housebuilding sector, therefore we’d recommend developers seek expert advice in order to create a future-focused strategy in place to mitigate any negative consequences as much as possible.

“As we all know, the green agenda is only set to rise in importance in the coming years, and will no doubt add cost complexity along the way. However, if we are to truly realise the benefits of a low carbon economy, we as an industry and society must take swift and decisive action now.”