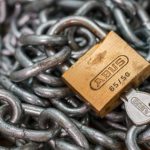 Van experts from LeaseVan.co.uk have revealed eight security measures tradespeople can take to protect the contents of their vehicles, if forced to leave tools or equipment in vans while working or overnight.

From deadlocks and CCTV, to deliberately parking badly, LeaseVan.co.uk has some specialist advice that could help deter thefts and catch those responsible when a crime is committed.

Tim Alcock from LeaseVan.co.uk said: “Wherever possible, it’s advisable to move expensive tools and equipment indoors for secure storage. But sometimes location and circumstances mean tradespeople have no other option than to leave items in their vans while they’re parked up on a job or overnight.

“While of course thieves remain responsible when items are stole, wise tradesmen and women should do whatever they can to avoid becoming a target or victim of crime. To help deter criminals and make a theft less likely to occur or be successful, we’ve identified some precautionary steps van owners could take.”