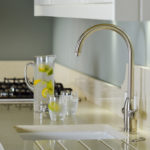 Tapping into a modern lifestyle

Leanne Adamson, Marketing Manager at Abode, assesses how changing lifestyles affect the products housebuilders and developers specify for the rooms that sell houses, such as the kitchen and bathroom.

Now more than ever consumers are demanding a high level of convenience and functionality from some of the most commonplace items in the home. Our modern lifestyles are often hectic and the key hubs of the home, including the kitchen, now need to be designed as multi-functional spaces where families can easily interact while carrying out various tasks and activities.

But it is not just the layout of the space that has had to adapt; the fixtures and fittings within these busiest of rooms also need to offer a much greater level of convenience. The kitchen tap is a case in point: it is no longer enough that it delivers fit-to-drink water as required. The discerning consumer and potential homebuyer will be better sold on a kitchen that includes a steaming hot water tap that removes the hassle of having to wait for the kettle to boil. 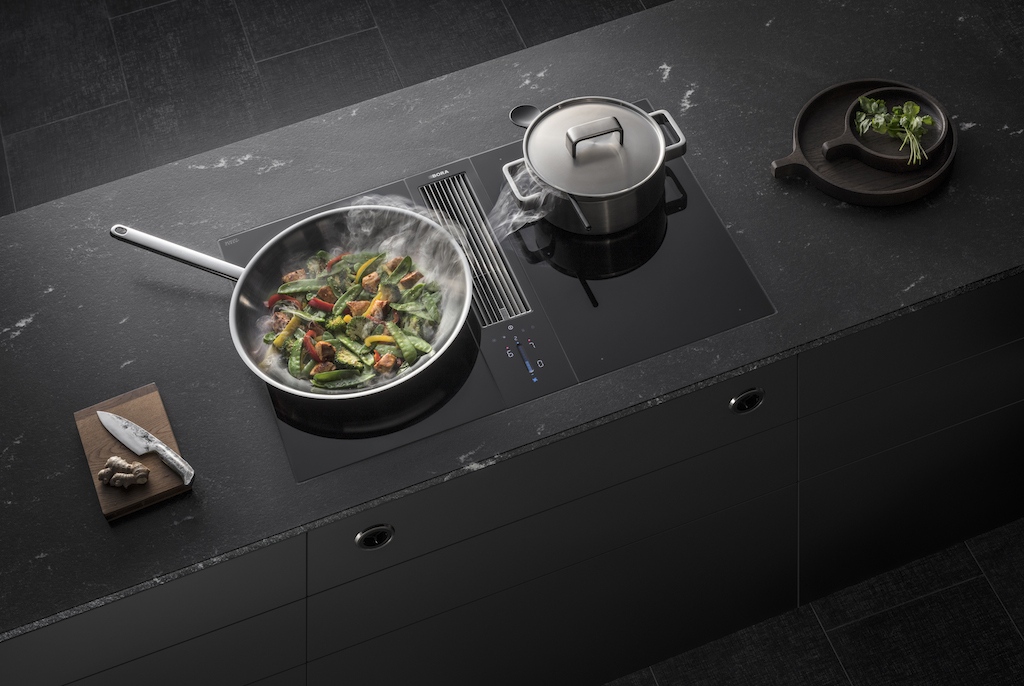 In some parts of Europe, three in four homes have a hot water tap fitted and while they admittedly have some way to go before becoming the norm in the UK, this product sector offers house builders and developers a real point of difference without an expensive price tag. Economies of scale are driving once high prices down to make hot water taps a more affordable option, while advancements in engineering and technology also mean that developers can offer customers a choice of finishes, giving back control of the overall look of their home.

Of course, having near to boiling hot water literally on tap can lead to specifiers and end users having questions concerning their safety. Pressurised systems can cause spluttering and inconsistency with water flow, which when you are dealing with boiling temperatures is not ideal. 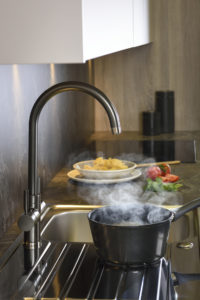 Boilers that store the water at slightly below boiling point, such as the Abode Pronteau range at 98°, ensures a predictable stream and also means they are WRAS compliant in line with Part G (3) of UK Building Regulations. The Pronteau 4 IN 1 range also offers the ultimate safety feature when it comes to dispensing the steaming hot water, the patented HotKey.

As consumers become increasingly eco-conscious and concerns over plastic pollution grow, new kitchens fitted with filtered water taps will also score points among homebuyers. Water filter taps remove all the impurities that can find their way into tap water, resulting in great tasting drinking water straight from the tap. Offering consumers that all-important level of convenience to suit their modern lifestyle, a filtered water tap removes the hassle of buying bottled water or having to keep a large filter jug in the fridge.

A filtered water tap fitted into a new kitchen offers developers a number of selling points; reducing the need for single-use plastic, reducing grocery bills and making it easier for consumers to drink their recommended daily intake of water. And a 4 in 1 tap that delivers filtered steaming hot water is really the icing on the cake.

Extraction zone
Taps are not the only appliance that has had to evolve to suit our modern, busy lifestyles of course. Our modern way of living almost demands that an effective extraction system is included in any kitchen design, to rid the air of cooking odours. This is a particularly important requirement in open-plan kitchen areas that lead on to living space, where such odours can linger on soft-furnishings and upholstery.

But not only does an extraction system need to remove cooking odours, it needs to do so in a quiet and efficient manner. A downdraft extractor, such as the BORA cooktop extractor, makes around the same amount of noise as when a steak is cooking, so it operates without being a disturbance.

It is also a good visual alternative to the conventional extractor hood. A head-height extractor hood can create a visual obstacle, particularly when it is placed above an island unit in the centre of the kitchen. A downdraft extraction system integrated into the cooktop taps into the trend for minimal kitchen design and gives a new freedom for kitchen architecture that could be a major selling point of any new home. 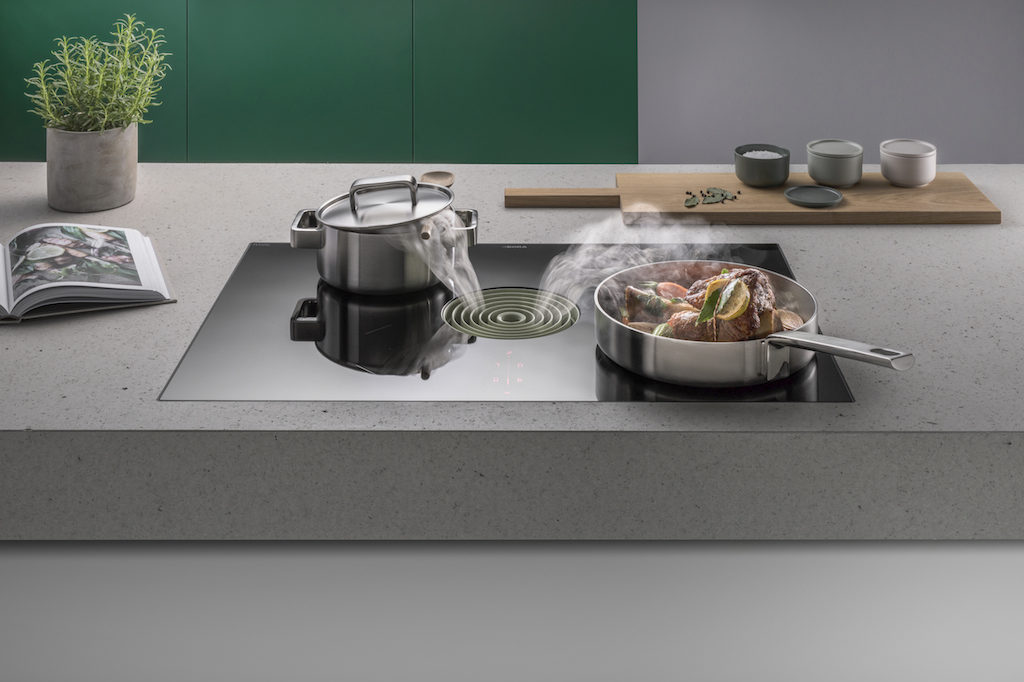