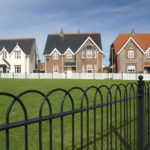 The government has announced a review of the parts of the Building Regulations that deal with energy conservation and ventilation. Julie Godefroy, Technical Manager at the Chartered Institution of Building Services Engineers, outlines some of the changes the Institution has recommended government should consider in the review.

Last summer’s report by the Committee on Climate Change and the more recent report by the Intergovernmental Panel on Climate Change both emphasise that urgent action is needed to reduce carbon emissions from the built environment. It is timely, therefore, that the government has announced a review of Parts L and F of the Building Regulations. Part L deals with the conservation of fuel and power while Part F concerns ventilation. This article outlines some of the changes the Chartered Institution of Building Services Engineers (CIBSE) would like to see implemented…

Operational performance
Part L needs to change. It is CIBSE’s view that the currently version of the regulation is ineffective at encouraging schemes that are genuinely low energy in operation.

The most radical change CIBSE would like to see implemented is a move to Building Regulation compliance based on the actual energy use of an occupied building, otherwise known as operational performance. This is a fundamental change to the current means of compliance which is based on a prediction of the amount of energy a building can be expected to use.

Compliance based on operational performance is currently outside the scope of the Building Regulations, which apply only up to building handover. Nevertheless, the changes could be implemented either through changing the scope of the Building Regulations or by amending other regulations. It is CIBSE’s view that such a transition is essential if we are to move to constructing buildings that genuinely deliver low- or zero-energy outcomes rather than performance promises.

CIBSE acknowledge that a transition to operational performance would have to be gradual to give industry time to up-skill and also for the housebuilding industry to come to agreement on the technical, contractual and legal aspects resulting from the change.

To help prepare for the transition to operational outcomes, one step CIBSE suggest could be taken now is to require the widespread disclosure of building energy use. This could be achieved, for example, through an extension to the existing Display Energy Certificate scheme, which currently only applies to public buildings. There are a number of ways this could be approached in the residential sector, while still respecting the privacy of home occupiers, for example by requiring DECs on developments above a certain size and by aggregating energy use per block rather by individual dwelling.

Energy consumption
Another CIBSE recommendation is that in addition to carbon targets Part L should include targets expressed as metered energy consumption. Energy targets should be set in kWh/m2/year. Using metered energy would have the benefit of being consumer-friendly and would allow easy comparisons, both over time and between similar buildings, irrespective of future changes to the carbon content of the gas and electricity grids.

CIBSE would expect Part L to ultimately transition to an energy target figure, rather than the current approach of comparing energy use with a notional building. The current approach misses opportunities to encourage efficient building forms and distracts from the end goal of delivering genuine low energy consuming buildings. Such an approach would also enable government to set a clear path towards the end goal of zero carbon buildings. On this topic there is much to learn from Passivhaus and similar schemes, which have adopted absolute targets and have been extremely successful at driving down total energy use.

CIBSE also expect that a focus on operational energy will encourage design innovation. Alongside the obvious benefit of improving the actual energy performance of buildings, it would allow designers and contractors to focus on developing the best solutions instead of being subject to the constraints and loopholes of particular methodologies. In the medium- to long-term

CIBSE anticipate this approach will foster a more holistic approach to the design of buildings, one where thermal comfort, air quality, daylight, energy use and carbon emissions are all considered.

Overheating
Alongside a change to operational performance CIBSE would also like the future regulatory regime to address overheating in dwellings. Overheating is currently poorly addressed in both Building Regulations and by planners. As a consequence dwellings, particularly those constructed in an urban environment where noise and the urban heat island effect can be an issue, are more likely to overheat and impact occupant health and wellbeing.

The best time to address the risk of overheating is at the design stage so that cost-effective passive solutions can be adopted to help increase a building’s resilience. Options to tackle overheating in completed buildings, such as the addition of air conditioning, are usually more difficult and expensive to implement. They also add to a dwelling’s running cost, increase carbon emissions, escalate demand on the electricity grid and, paradoxically, increase the demand for cooling because the heat rejected by air conditioning systems further heats the urban environment.

In CIBSE’s view, the government should make the evaluation of overheating risk in dwellings part of the planning process because that is the best time to assess the strategic features that increase overheating risk for a building, such as the orientation of glazing and the building layout; it’s also most cost effective time to introduce mitigation measures. In addition, if an initial risk assessment shows the need, then the approach to overheating in required by Building Regulations should be enhanced to include the use of dynamic modelling.

Air quality
The announcement that the Part L review is to run in parallel with a review of Part F has been welcomed by CIBSE. Currently Part F does not explicitly address indoor air quality (IAQ) but requires only “adequate ventilation”. What constitutes adequate is not defined, in practice it is often related only to providing a ventilation rate to remove odours and indoor pollutants – especially moisture – without addressing the impact of outdoor pollutants on the indoor environment. In reality, this means that under the current regulations ventilation bringing polluted outdoor air indoors is compliant.

CIBSE recommends that Part F should be amended to address IAQ, with performance requirements based on WHO guidelines – the same guidelines recommended by Public Health England – and a programme of monitoring to inform future developments. A range of approaches to IAQ may be needed depending on the scope of the building works.

Enforcement
Finally, a significant reason for the ineffectiveness of Parts L and F in delivering low energy buildings is the poor enforcement of the regulatory requirements, including those for appropriate commissioning. As a consequence, buildings are using far more energy and emitting more carbon in use than they should. CIBSE would like regulatory enforcement to be urgently addressed through improved resources and better training of Building Control bodies.